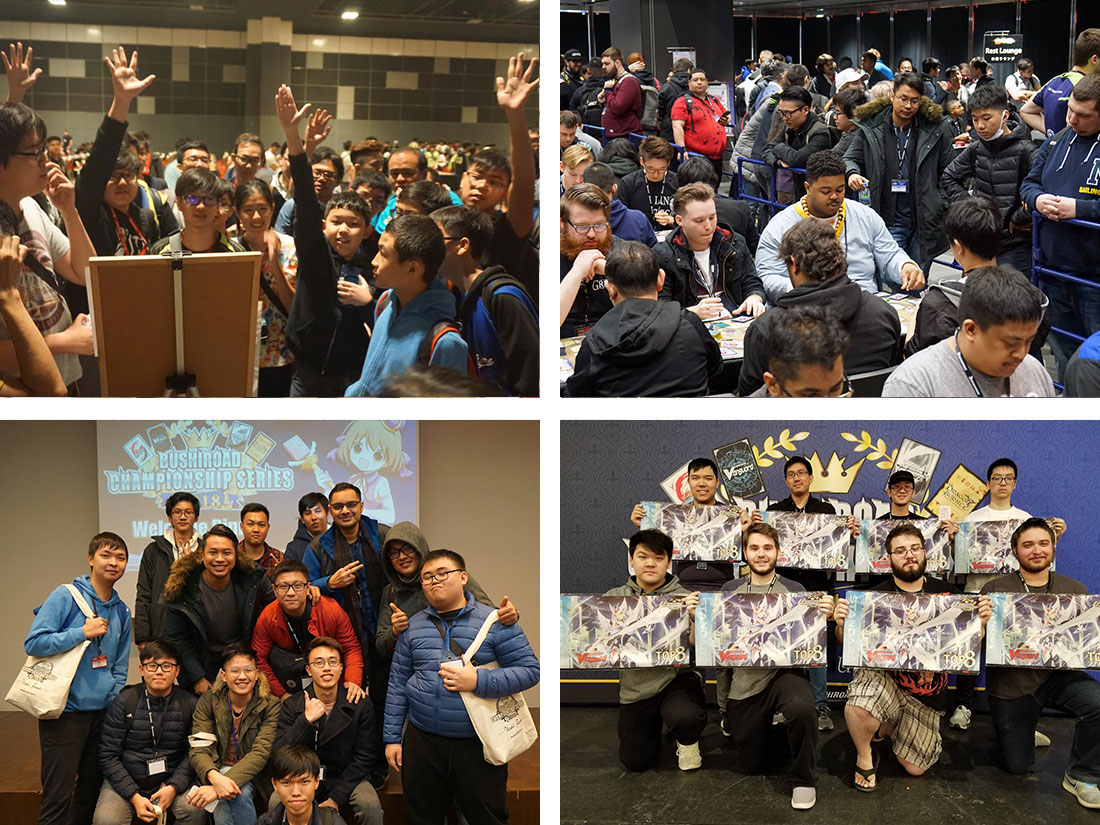 After Bushiroad Spring Fest in the earlier half of 2019, the Bushiroad Championship series will follow as the second Bushiroad-sanctioned tournament series held every year. Each year, thousands of players gather across more than 20 locations around the world to attend the event for the tournaments, side events and attractive prizes. BCS2019 will be held across three regions (Asia-Oceania AO, Europe EU, and North/Latin America NA/LA), with 3 levels of tournaments: Shop Challenges, Regional Championship and an invite-only World Finals.