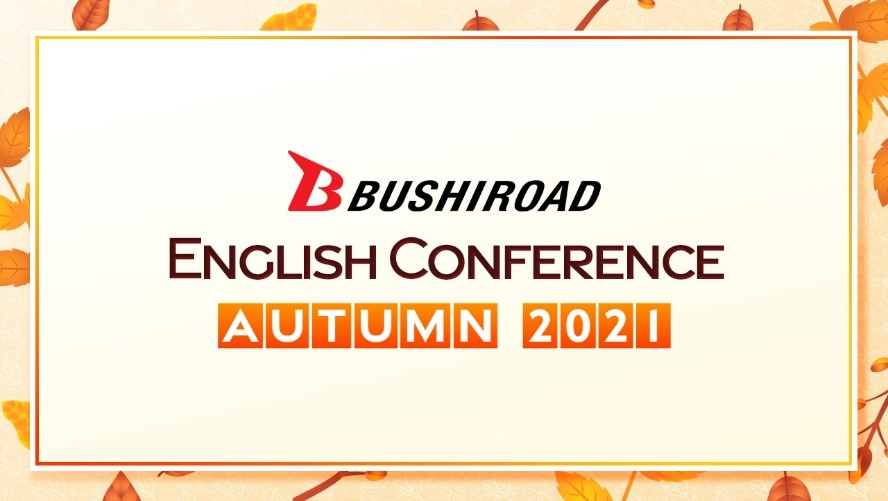 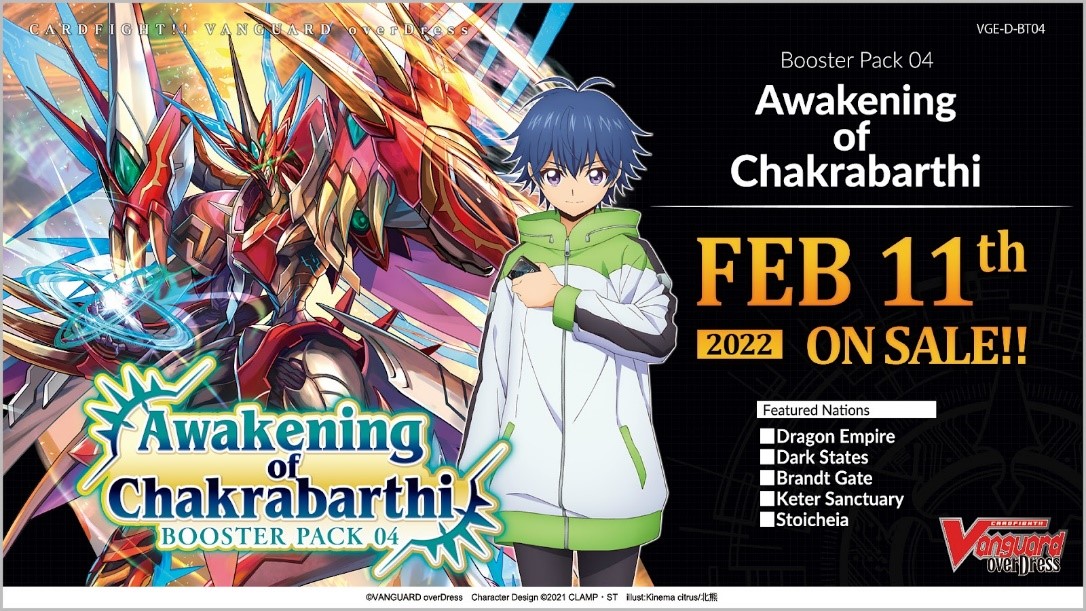 On February 11, 2022, the English Edition Cardfight!! Vanguard overDress Booster Pack 04 Awakening of Chakrabarthi will be released. Booster Pack products contain cards that players can use to construct a deck to play with, or use to improve their existing decks.

A brand new card called the “World Original” card will be included in this product. 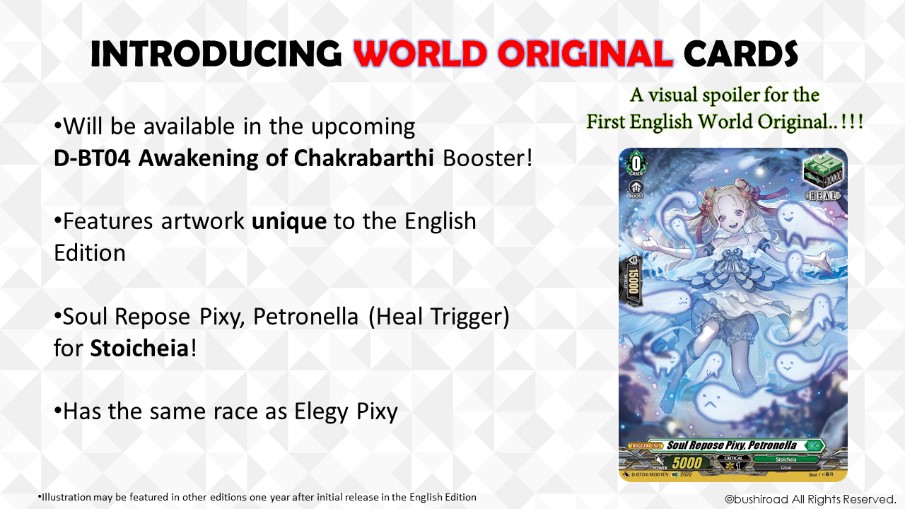 The World Original card is a special collectible item featuring original artwork that is unique to the English Edition. 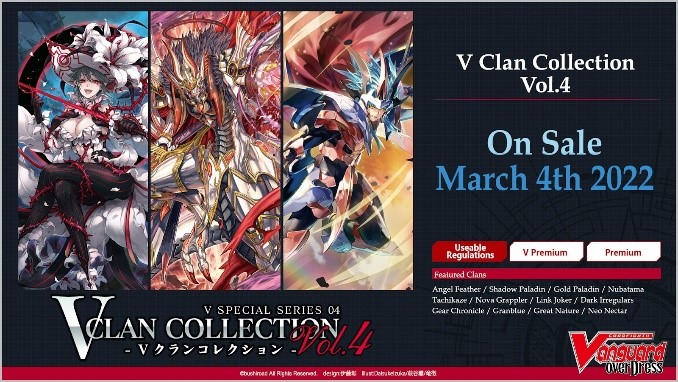 The release schedule for Cardfight!! Vanguard is as follows. 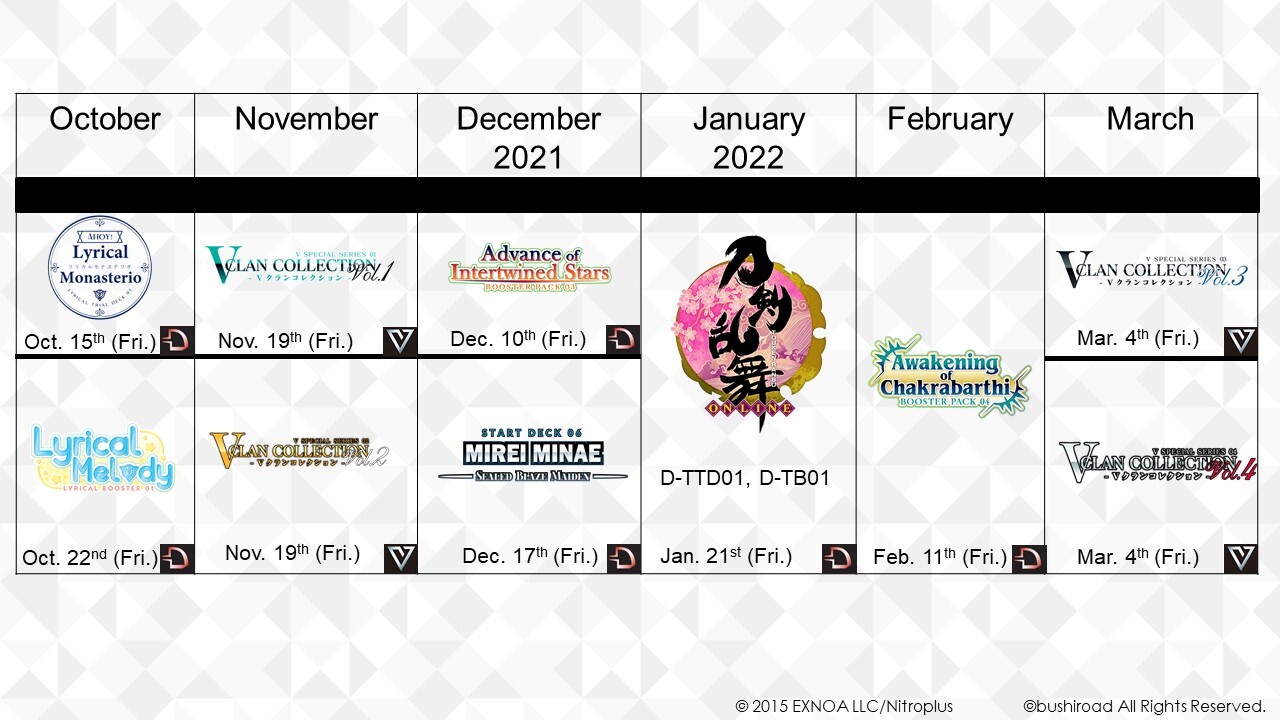 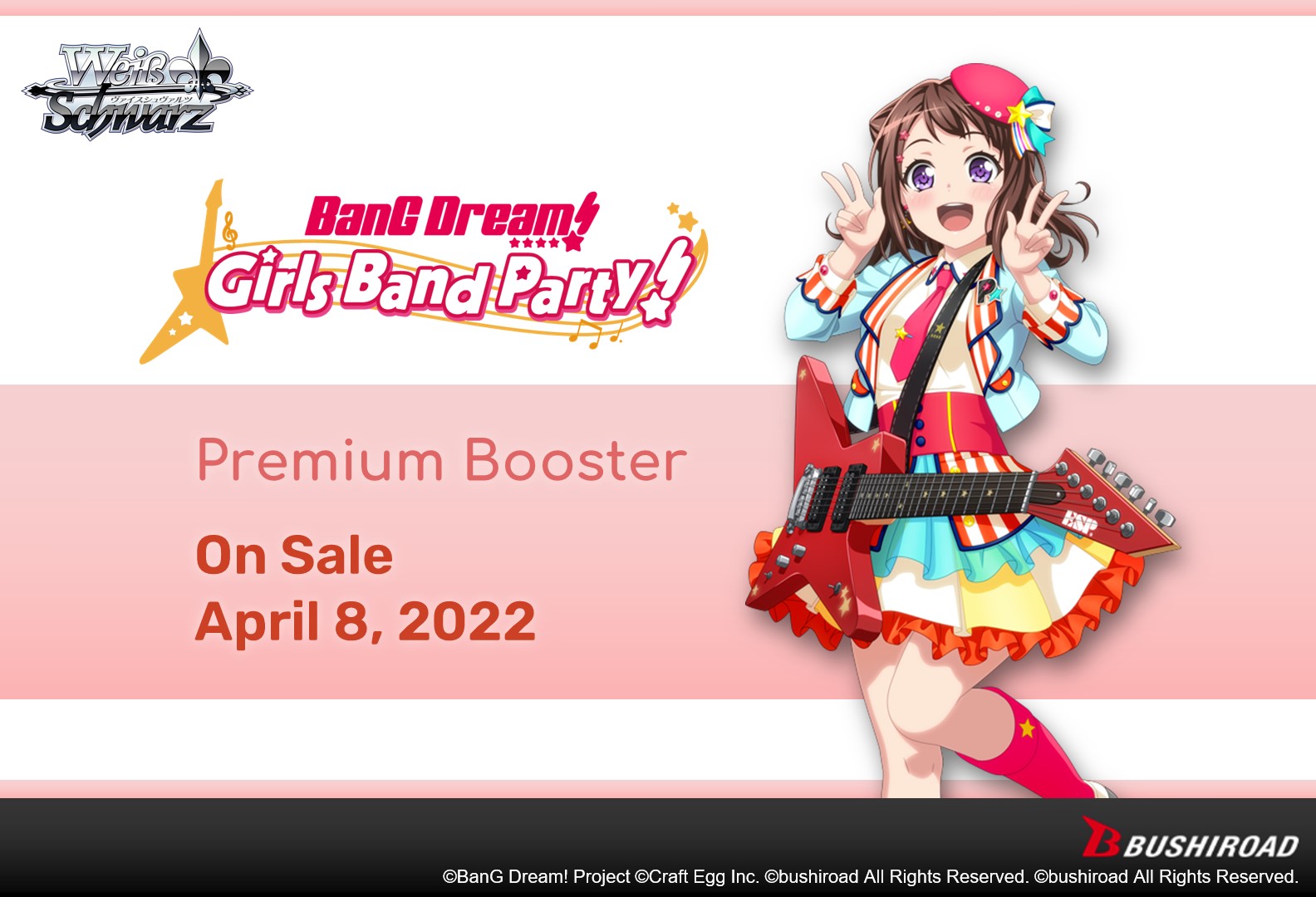 All five cards in each pack will be foiled, and one of the five will have quotes from that character hot stamped onto it. This product will only be available in limited quantities.

BanG Dream! Girls Band Party! is a rhythm game that is a part of the BanG Dream! multimedia franchise. It is available on iOS & Android platforms developed by Craft Egg and published by Bushiroad.

On April 29, 2022, 7 types of Trial Deck+ & Booster Pack hololive production will be released. 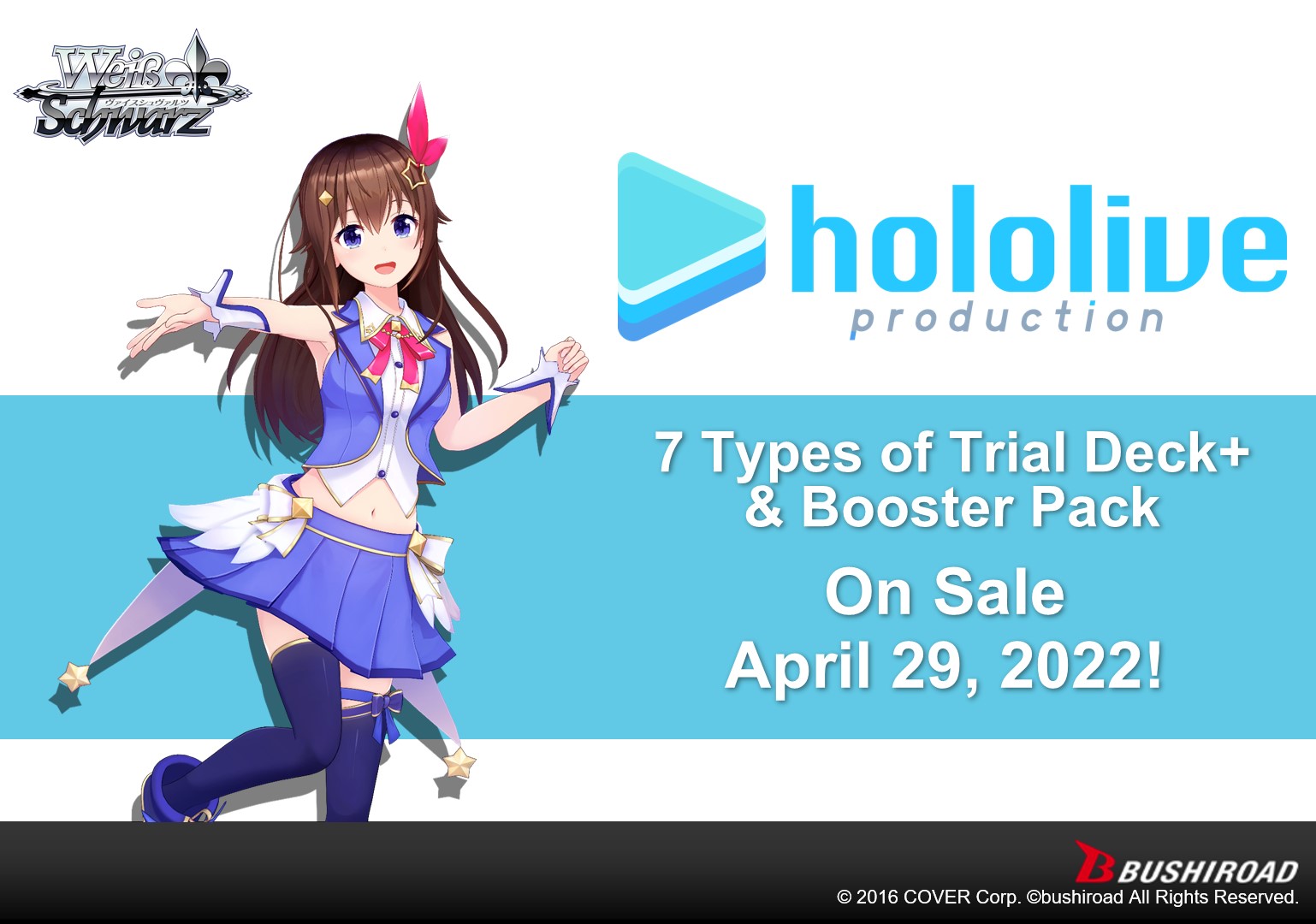 Unlike other Trial Deck+ releases, there are foil parallel variants for all cards. Trial Deck+ products contain a pre-constructed set of cards that is ready for play off the shelf.

hololive production, or simply “hololive”, is a real-world virtual idol agency comprised of virtual YouTubers, or VTubers for short. Under the hololive banner, these VTubers have achieved more than 40 million subscribers on YouTube.
Previously announced during the Japanese TCG Strategy Presentation 2021 Autumn, Tokyo Revengers will launch simultaneously in English and in Japanese on May 13, 2022. A Trial Deck+ & Booster Pack will be released for this title. 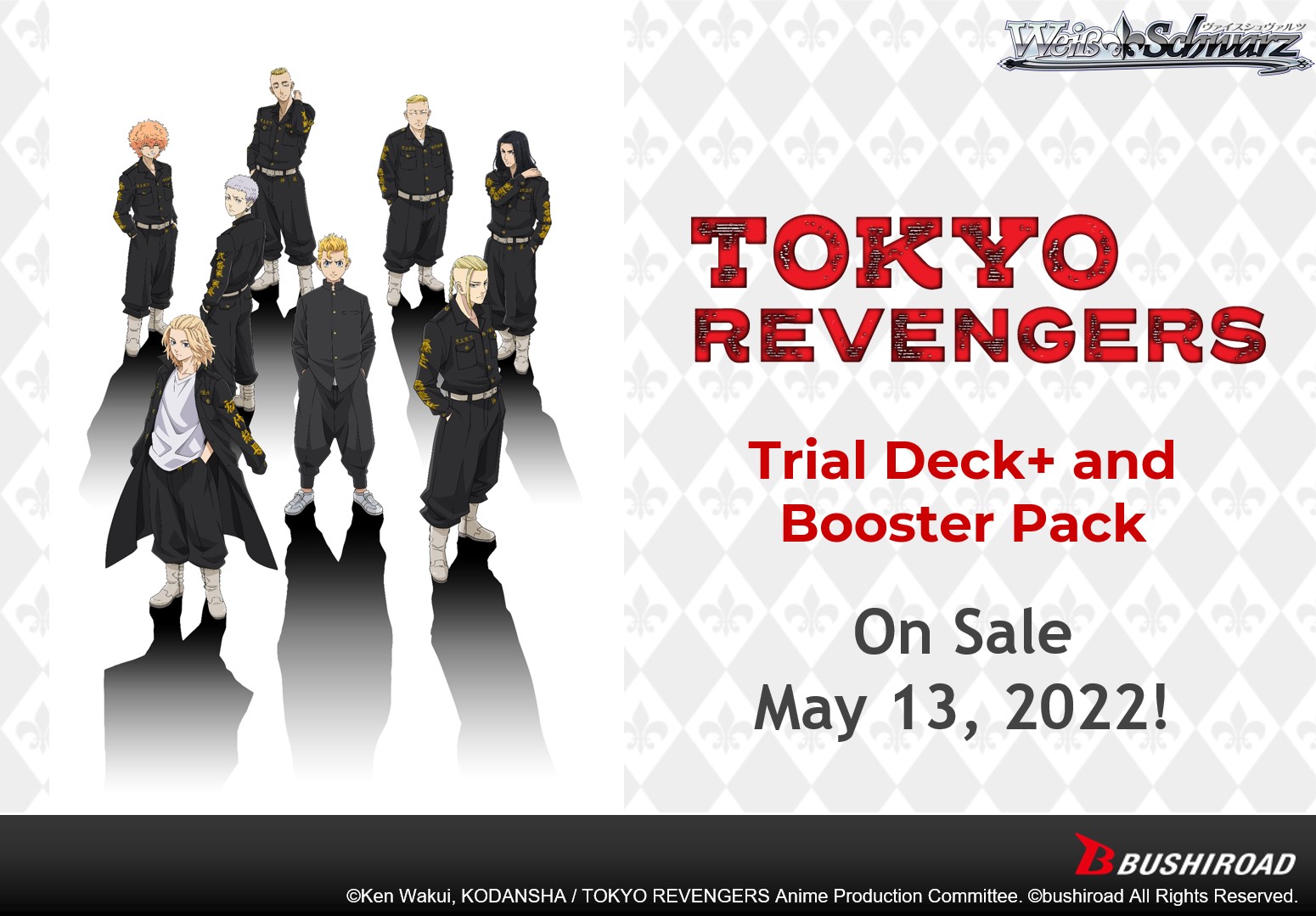 Tokyo Revengers follows Takemichi Hanagaki, who is sent 12 years into the past after he hears of his ex-girlfriend’s death at the hands of the Tokyo Manji Gang. Now that he’s back to living the best days of his life, he decides to take revenge on his life.

Also joining the English Edition lineup is Fate/Grand Order THE MOVIE Divine Realm of the Round Table: Camelot. A Booster Pack product will be released for this title in the summer of 2022.

Fate/Grand Order THE MOVIE Divine Realm of the Round Table: Camelot continues the story of humanity’s final Master Ritsuka Fujimaru and his Demi-Servant Mash Kyrielight in their quest to restore human history. This movie adapts events from the mobile game Fate/Grand Order in the Fate franchise, which boasts over 42 million global downloads.

The release schedule for Weiß Schwarz is as follows. 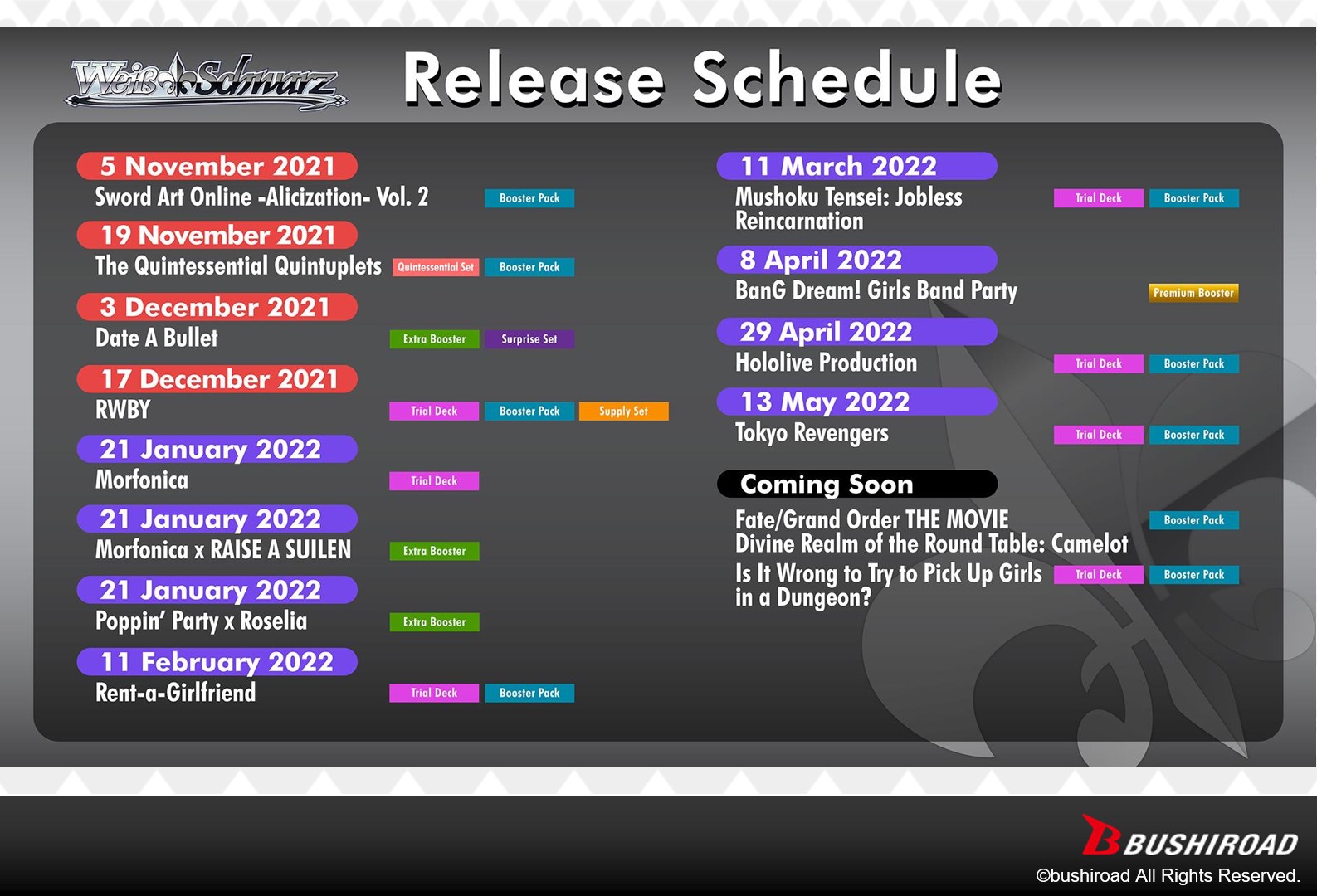 Weiß Schwarz allows players to relive their favorite animations and games through an exciting, fast paced card game. Popular titles such as Date a Live, That Time I Got Reincarnated as a Slime, and Re:ZERO -Starting Life in Another World- have graced the game, along with many others.

Event dates for the remote play tournament Bushiroad Rumble Online 2021 have been confirmed. 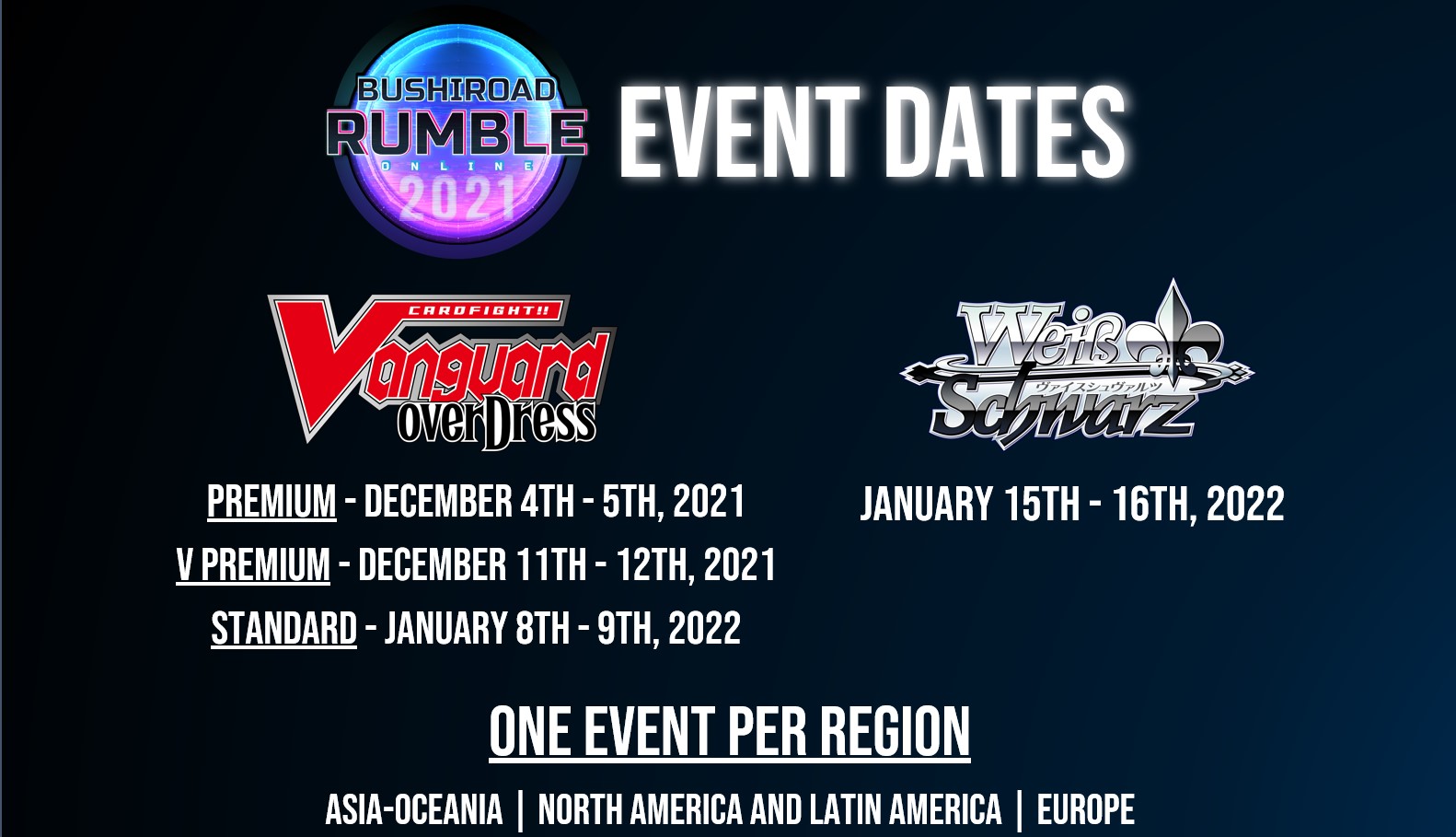 In order to allow more players to participate, the total number of slots for players for each game and format has been increased to 512. Additionally, tournaments for each game and format will be held on separate weekends across 3 regions.
Due to the popularity of the previous remote play tournament Bushiroad Spring Fest Online, Bushiroad will be organizing Bushiroad Rumble Online, the second online tournament of 2021. These remote play tournaments are organized to allow players to enjoy competitive TCG events despite the ongoing pandemic from the comfort of their own home.
——
Bushiroad Inc. is an entertainment company known for its popular trading card games such as Cardfight!! Vanguard and Weiß Schwarz, its mobile games such as Vanguard ZERO and BanG Dream! Girls Band Party!, as well as other entertainment contents that cater to a worldwide audience.