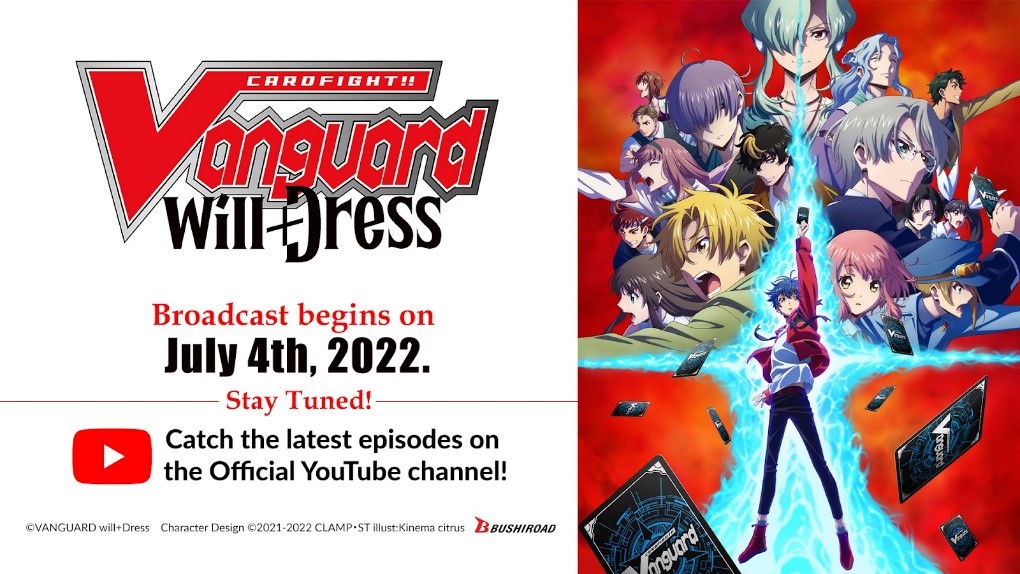 In this new series, protagonist Yu-yu Kondo and his friends are invited to participate in the mysterious “Deluxe” tournament against other skilled fighters. 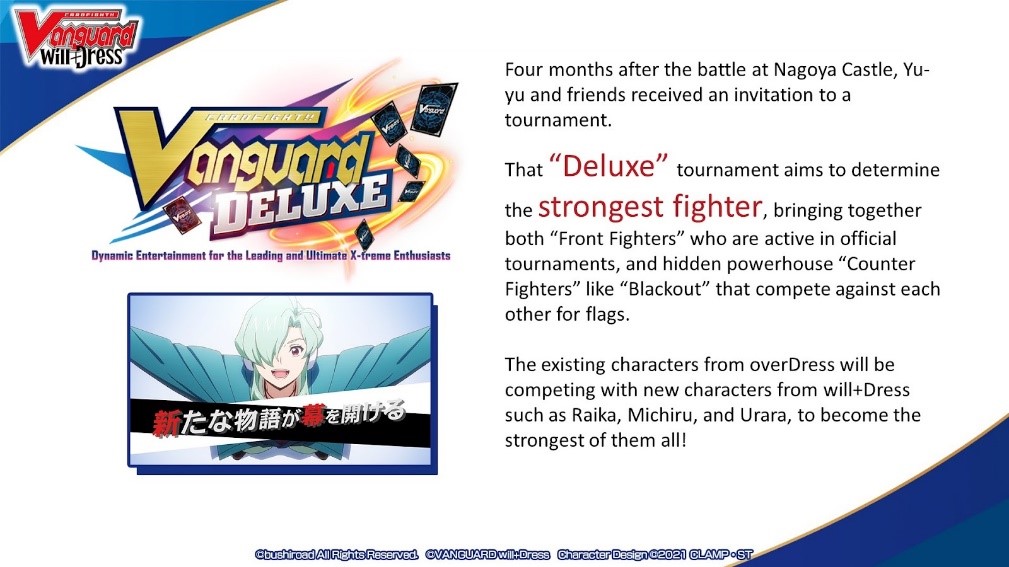 The cards used in this new series and more will be released over the next few months starting with new Trial Decks. 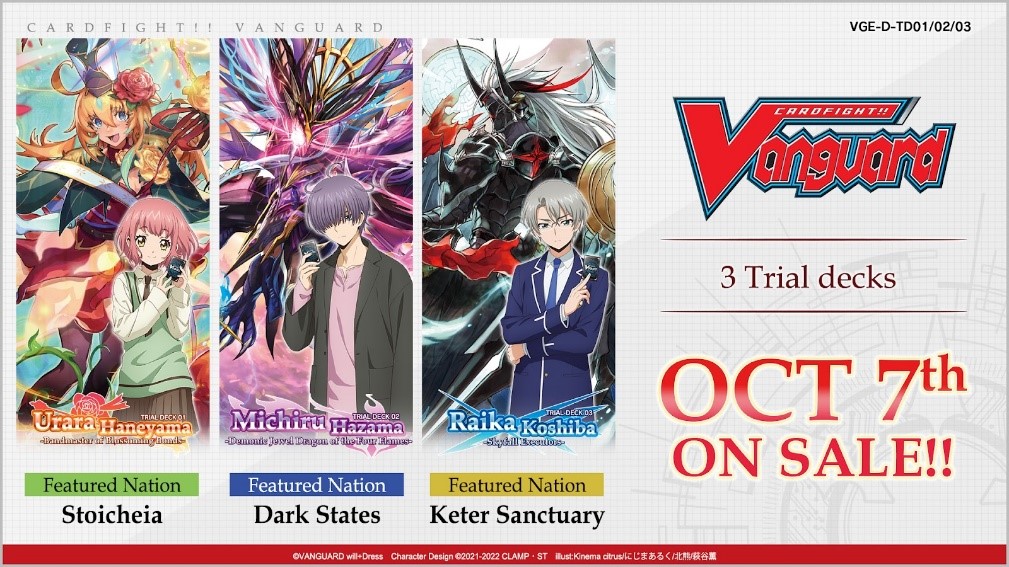 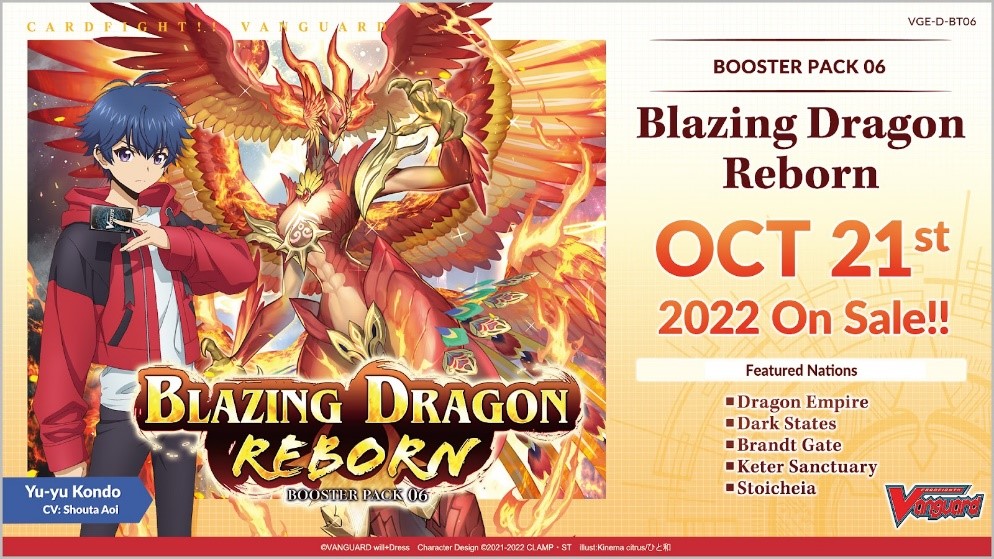 Booster Pack products contains cards that can be used to upgrade Trial Decks and existing decks, or to build completely new decks. This release will support all 5 great nations Keter Sanctuary, Dragon Empire, Dark States, Brandt Gate, and Stoicheia. Brand new rarities “Frame Rare” and “Double Frame Rare” will also be introduced in this product, which increases its collectability. 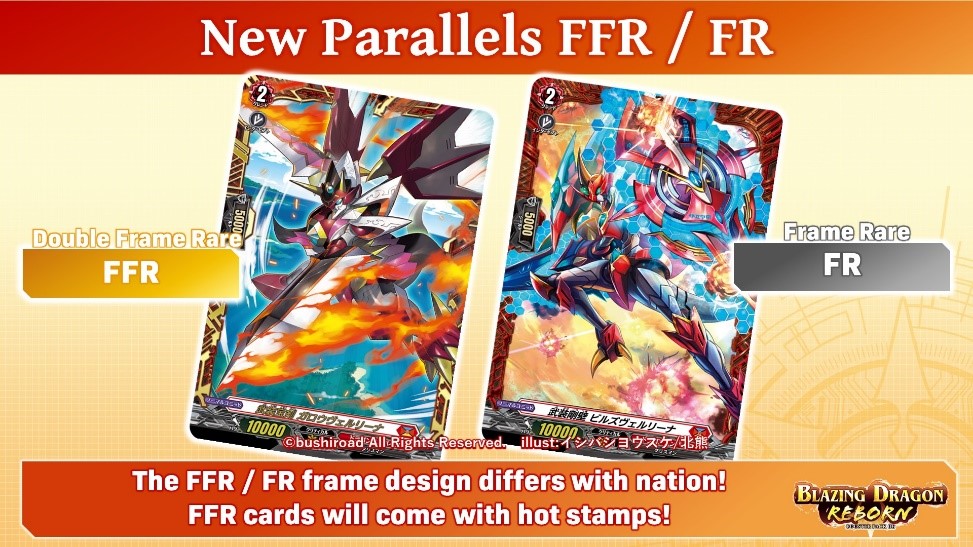 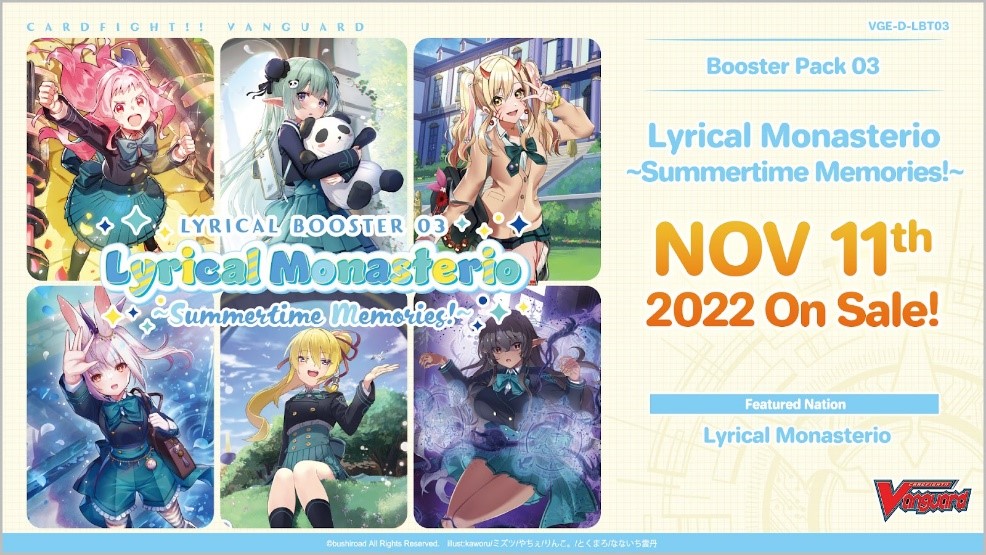 Containing cards from the Lyrical Monasterio nation, players can use the cards in this Booster Pack to build 6 entirely new decks.

The release schedule for upcoming products is as follows. 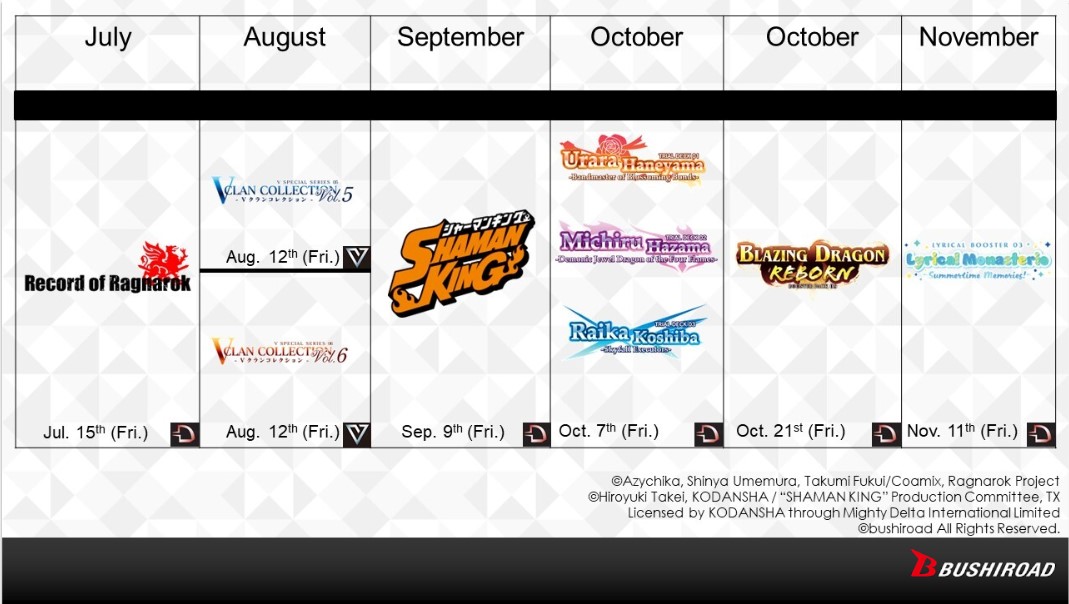 Bushiroad’s flagship card game Cardfight!! Vanguard recently celebrated its 10th anniversary. The TV anime series has aired since January 2011, and over 2 billion cards have been sold through multimedia expansion worldwide. Cardfight!! Vanguard has since been adapted into comics, stage performances, and various events and collaborations with external partners.

The upcoming English Edition Original title The Seven Deadly Sins: Revival of The Commandments will be released in December 2022. English Edition Original titles are developed for the English Edition of Weiß Schwarz, and feature unique titles such as RWBY and Adventure Time among other fan-favourite Japanese animation titles like The Seven Deadly Sins and Mob Psycho 100.

Additional information will be revealed soon. 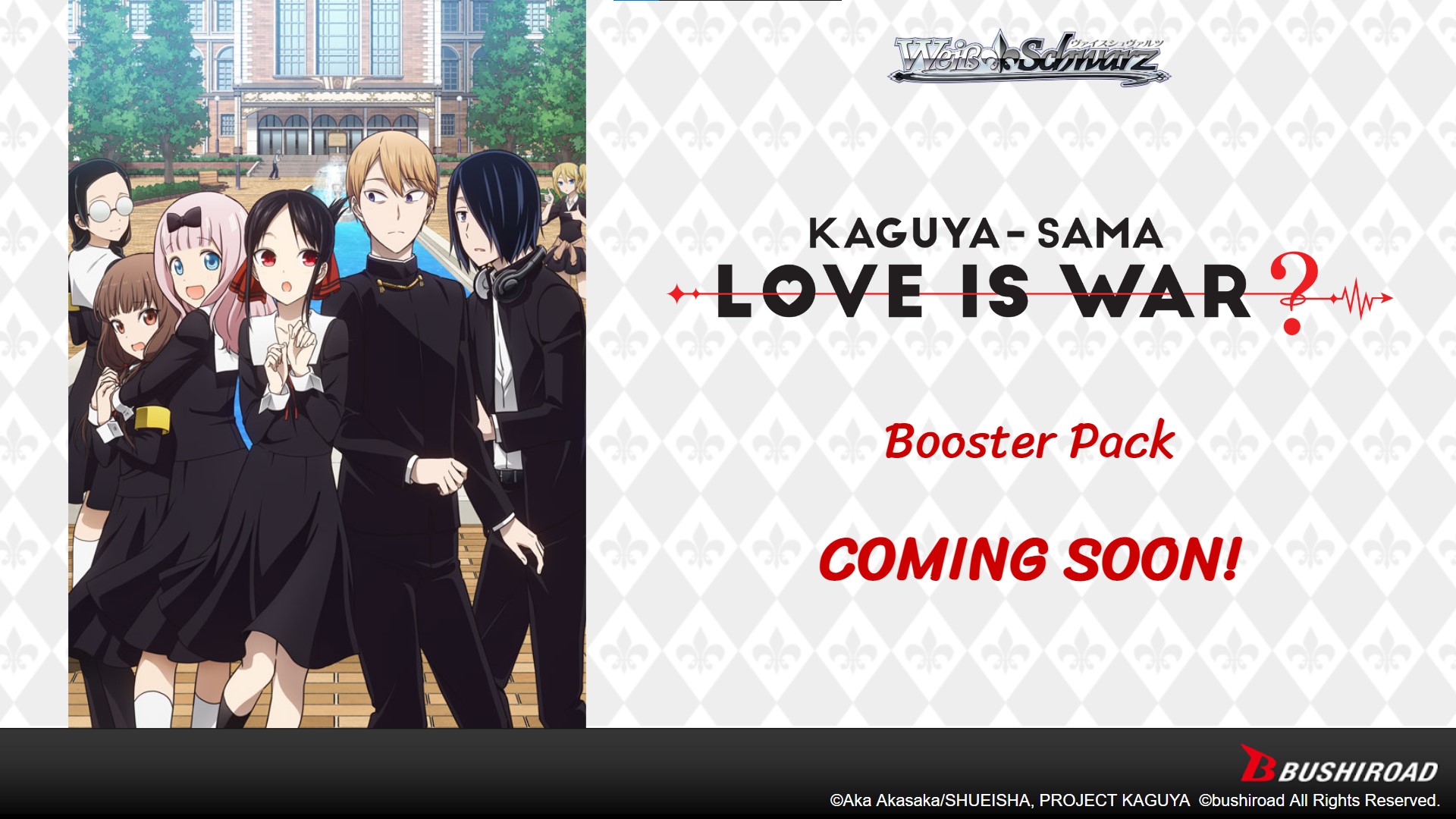 More information on this product will be announced soon.

Booster Pack Date A Live Vol.2 will also be released in the near future. This product features scenes from season 2 and 3 of the animation. More information will be announced soon.

A brand new English Edition Original title is also in the pipeline. 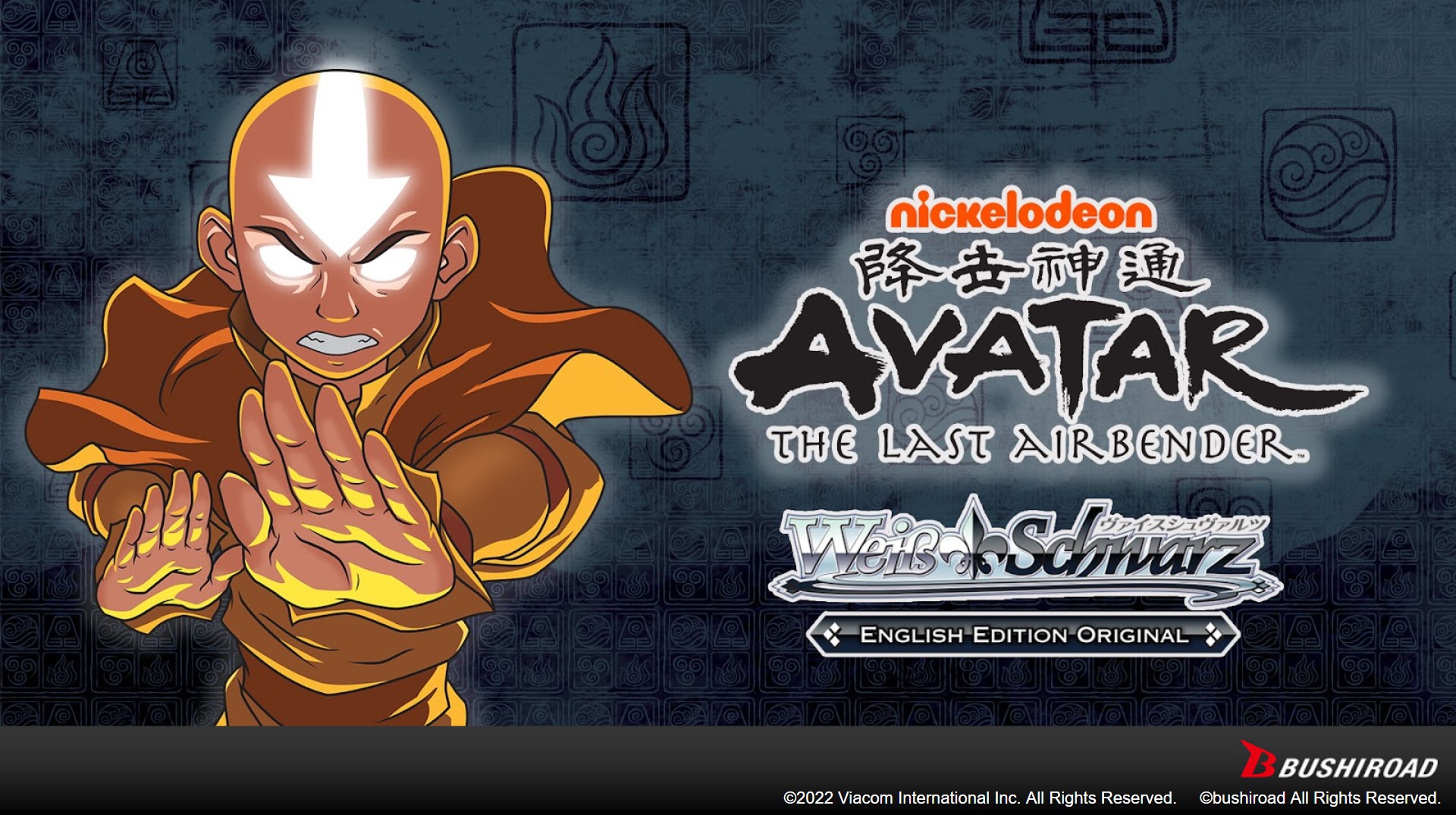 The critically acclaimed animated series Avatar: The Last Airbender tells the story of the Avatar Aang and his friends as they attempt to end the Fire Nation’s war on the world.

The release schedule for upcoming products is as follows. Weiß Schwarz allows players to relive their favorite animations and games through an exciting, fast paced card game. Popular titles such as Date a Live, That Time I Got Reincarnated as a Slime, and Re:ZERO -Starting Life in Another World- have graced the game, along with many others.

The Bushiroad Spring Fest 2022 tournament circuit has recently concluded. This is an annual tournament series held in the first half of the year featuring all English edition Bushiroad TCG titles and formats. It was held in 20 locations around the world, and ran from April to July this year. This is the first large-scale in-person event since the start of the COVID-19 pandemic in 2020.

Following its conclusion, the Bushiroad Rumble Online 2022 online tournament series will be held in July and August 2022. 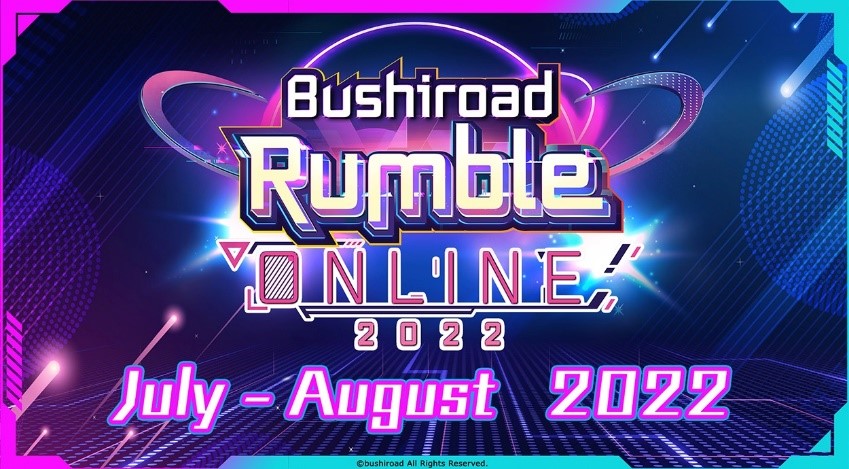 This is a tournament that was conceptualized during the pandemic to allow players to continue enjoying trading card games without physical events. 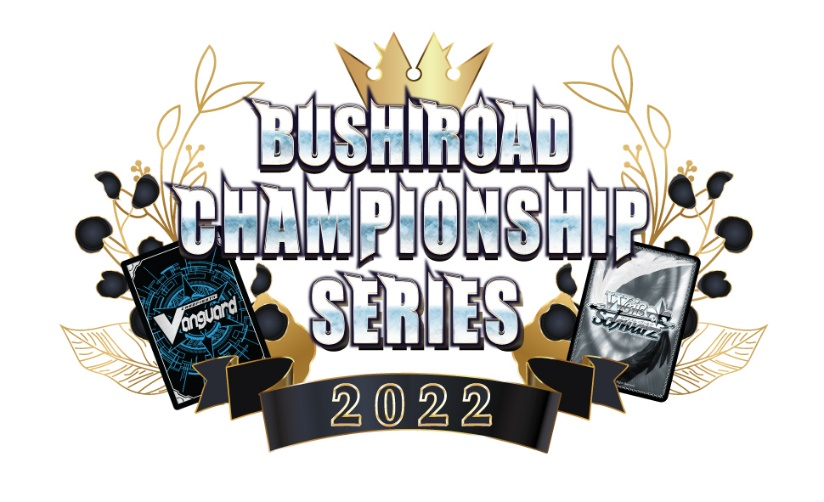 This event is the most competitive event of the year, with invitations extended to top players to participate in the prestigious World Finals event. More information on locations for regional tournaments and the World Finals will be announced shortly.