Cardfight!! Vanguard English Dub
As with the original Japanese dubbed version, this season will run for 12 episodes and feature the opening song “ZEAL of Proud” by Roselia, and the ending song “Y” by Argonavis in their original Japanese recording. The first episode of the English dubbed animation will begin airing on the official Cardfight!! Vanguard YouTube channel from July 8, 2021, 6pm PDT/9pm EDT, with new episodes airing weekly. 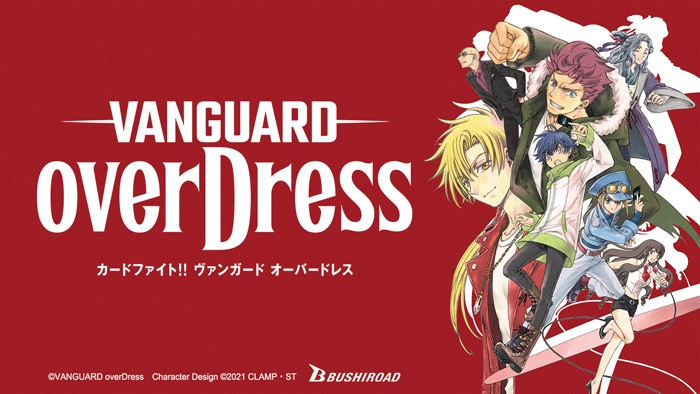 CARDFIGHT!! VANGUARD overDress is the latest in the Cardfight!! Vanguard series. It is set in the fictional Kanazawa, Kaga Prefecture, and features a whole new cast of characters. Protagonist Yu-yu Kondo is a 15 year old junior-high schooler who becomes enthralled by the world of Cardfight!! Vanguard. The character designs for CARDFIGHT!! VANGUARD overDress are by CLAMP, renowned for their iconic works such as Cardcaptor Sakura and Magic Knight Rayearth. The anime production company working on this project is Kinema Citrus. In order to appeal to a wider audience, more resources were dedicated to improving the animation.

Among the cast is well-known internet personality and musician LilyPichu, who voices Megumi Okura. She previously appeared in the voice role of Muni Ohnaruto from Bushiroad’s music media franchise, D4DJ First Mix.

For more information on the animation, please visit the following web page.
https://en.cf-vanguard.com/animation/ 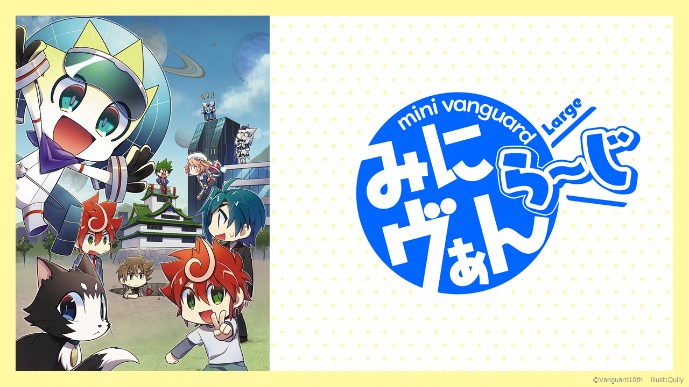 More on the Animation
The stage is set on a moon of Planet Cray, “Aniversario”.
To develop the moon, Selca summons Aichi, Chrono and friends
A large undertaking by familiar vanguard characters!

A copy of the press release can be found here.