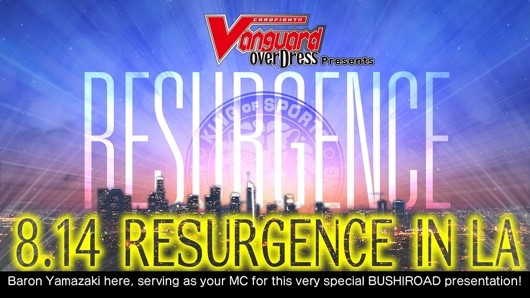 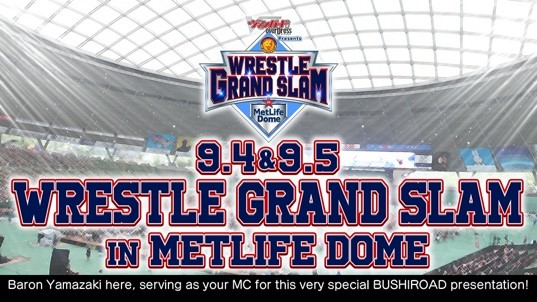 CARDFIGHT!! VANGUARD overDress
Presents RESURGENCE IN Los Angeles on August 14th
The first event in a year and half since a physical audience was allowed at events, this match has a meaningful theme of “Revival”.

CARDFIGHT!! VANGUARD overDress Presents WRESTLE GRAND SLAM in MetLife Dome 2 Series on September 4th & 5th
Continuing for 7 years since the strongest Finals “G1 CLIMAX 24” in August 2014, Grand Slam returns on a larger scale than ever before.

For more information on the Wrestle Grand Slam Series
https://wrestlegrandslam.jp/en/index.html 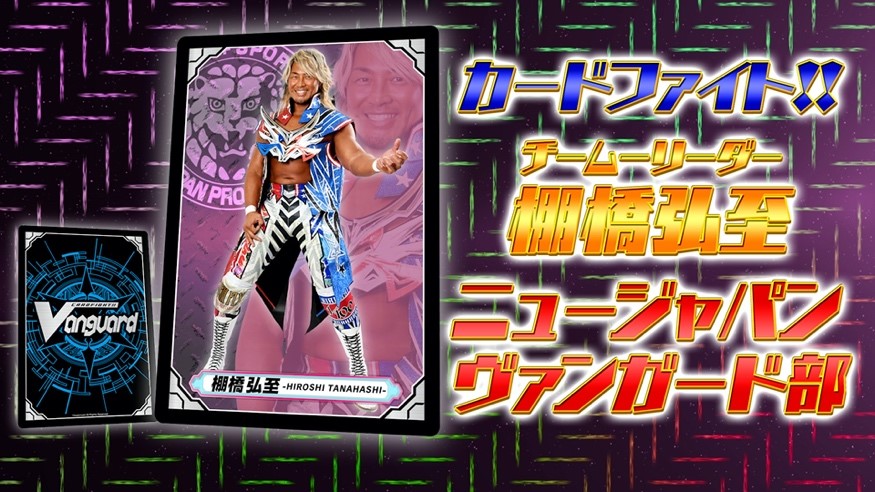 Hiroshi Tanahashi, who has 10 years of experience in cardfighting, joins the “Cardfight!! New Japan Vanguard Club”. As a long-standing Vanguard fan, Tanahashi aims to battle passionate players and build up Vanguard’s “Real NEXT STAGE” by launching the “Tanahashi Cup” and calls for players to participate. 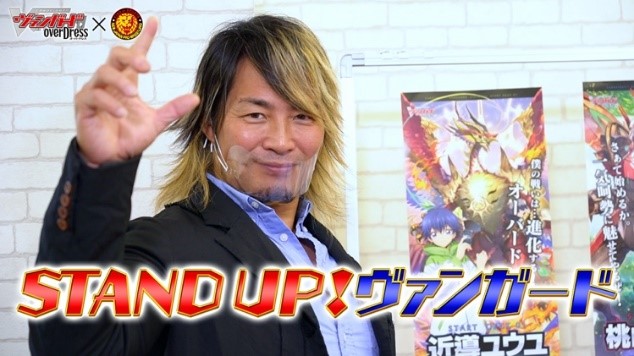 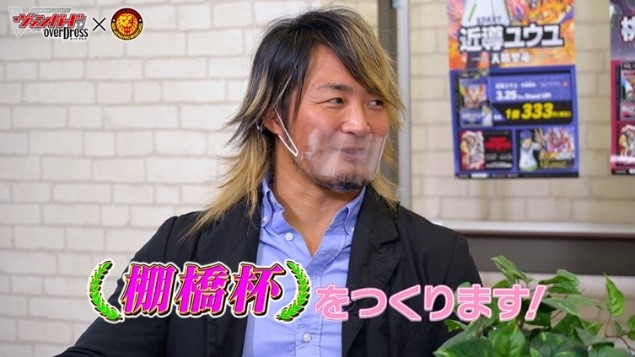 Comment from Team Leader Hiroshi Tanahashi
This is Hiroshi Tanahashi, “Once in a Century Masterpiece”, the Ace of New Japan Pro-Wrestling! I have been playing Vanguard since the beginning, and my love for Vanguard is not to be underestimated. It feels like it’s fate for me to be forming this Vanguard Club!
My aim is to gather fans that were once passionate about Vanguard! I believe that there are many fans that are away for various reasons, such as work, child-raising, studies, among others. Therefore, with this opportunity, and the trigger of the formation of the New Japan Vanguard Club, let’s play Vanguard again! Of course, I will be looking forward to a cardfight with you! In the meantime, I will be strengthening myself…
I won’t be hold anything back, so be prepared! Stand up, Vanguard!
The Ace of New Japan Pro-Wrestling, Hiroshi Tanahashi debuted in October 1999 and currently holds the highest record of IWGP Heavyweight titles (8 times) and has defended the title a record breaking 11 times. This achievement goes alongside a domestic Grand Slam, with Tanahashi one of precious few to win the IWGP heavyweight, Intercontinental, Tag and NEVER Openweight Championships, as well as 3 G1 Climaxes.

Check out the video below: