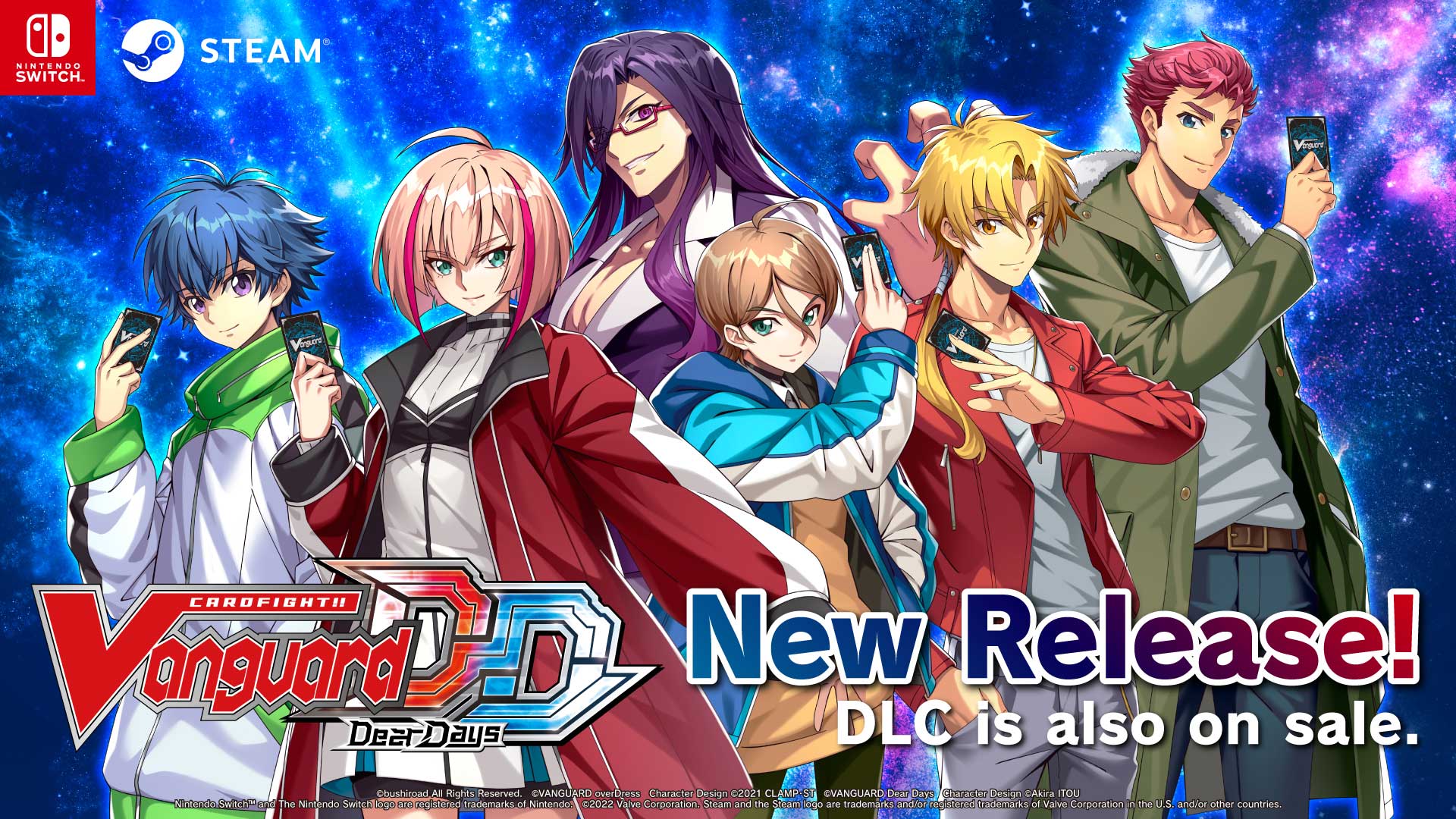 DLCs that include awesome rare card sets and familiar fighters you can play with can also be purchased today! 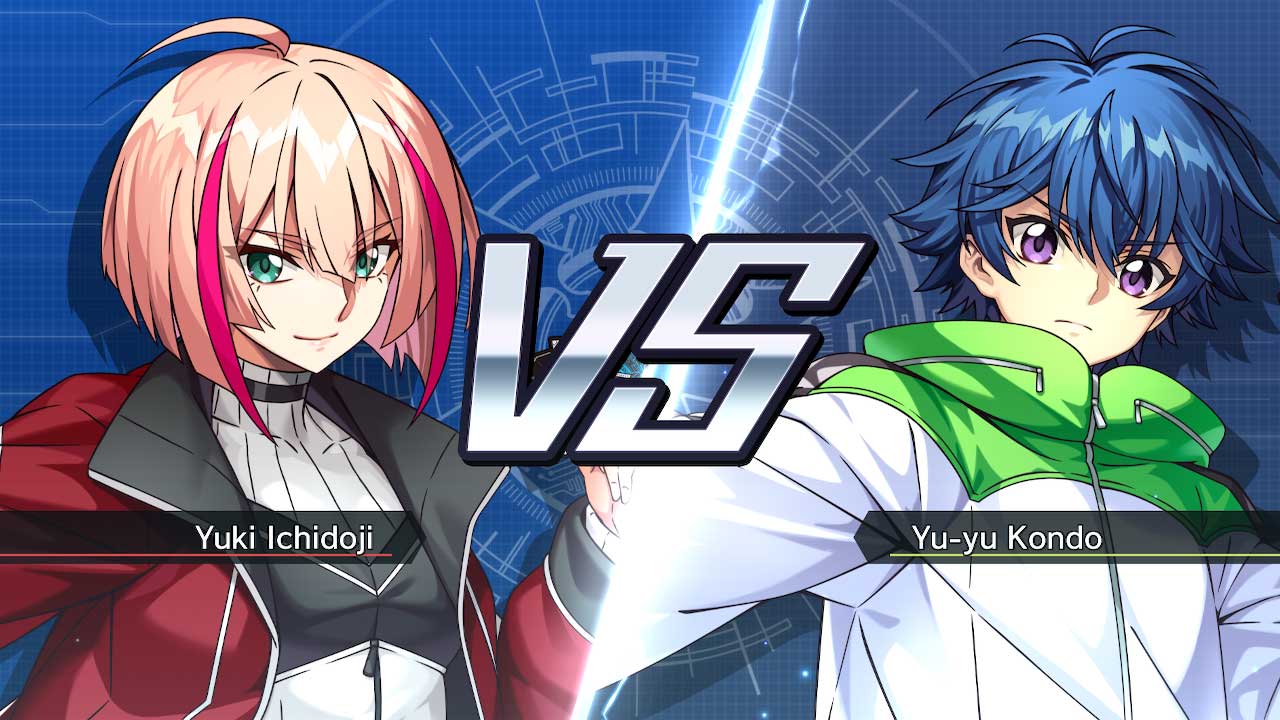 The game starts with a substantial tutorial that even beginners who are completely new to Vanguard can easily learn the game and familiarize themselves with the rules. Once you have remembered the rules, you can practice with “CPU Fight” and polish your skills, or enjoy intense fights right from the start! 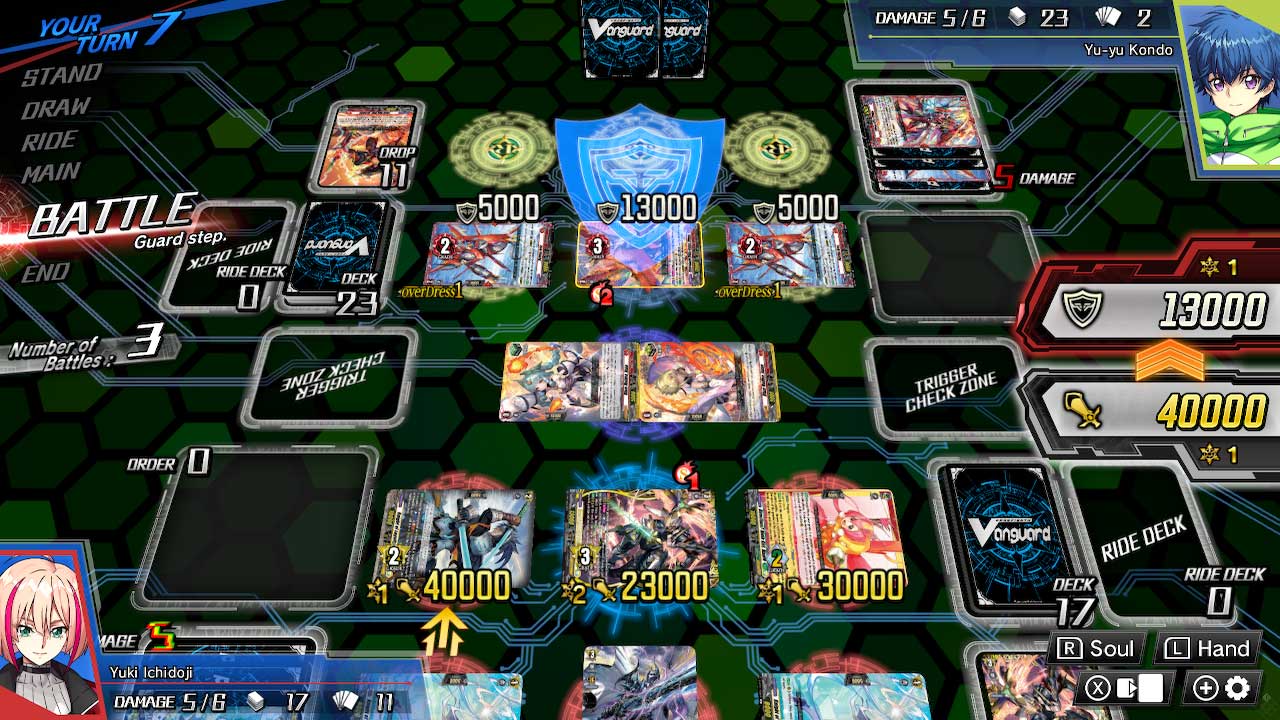 Battle against other fighters from all over the world through “World Fight” and aim to be the Top Fighter!
Over 1,000 cards in Standard rules are available to play. Deck building is a breeze with in-game deck recipes, you can also copy the deck of characters from the anime!

Players can experience the world of Vanguard with various modes such as playing solo in “Story Mode”, playing with friends in “Local Fight” or matching online with fighters all around the world in “Ranked Fight”!

*“Local Fight” is a mode that is only available to play on Nintendo Switch. 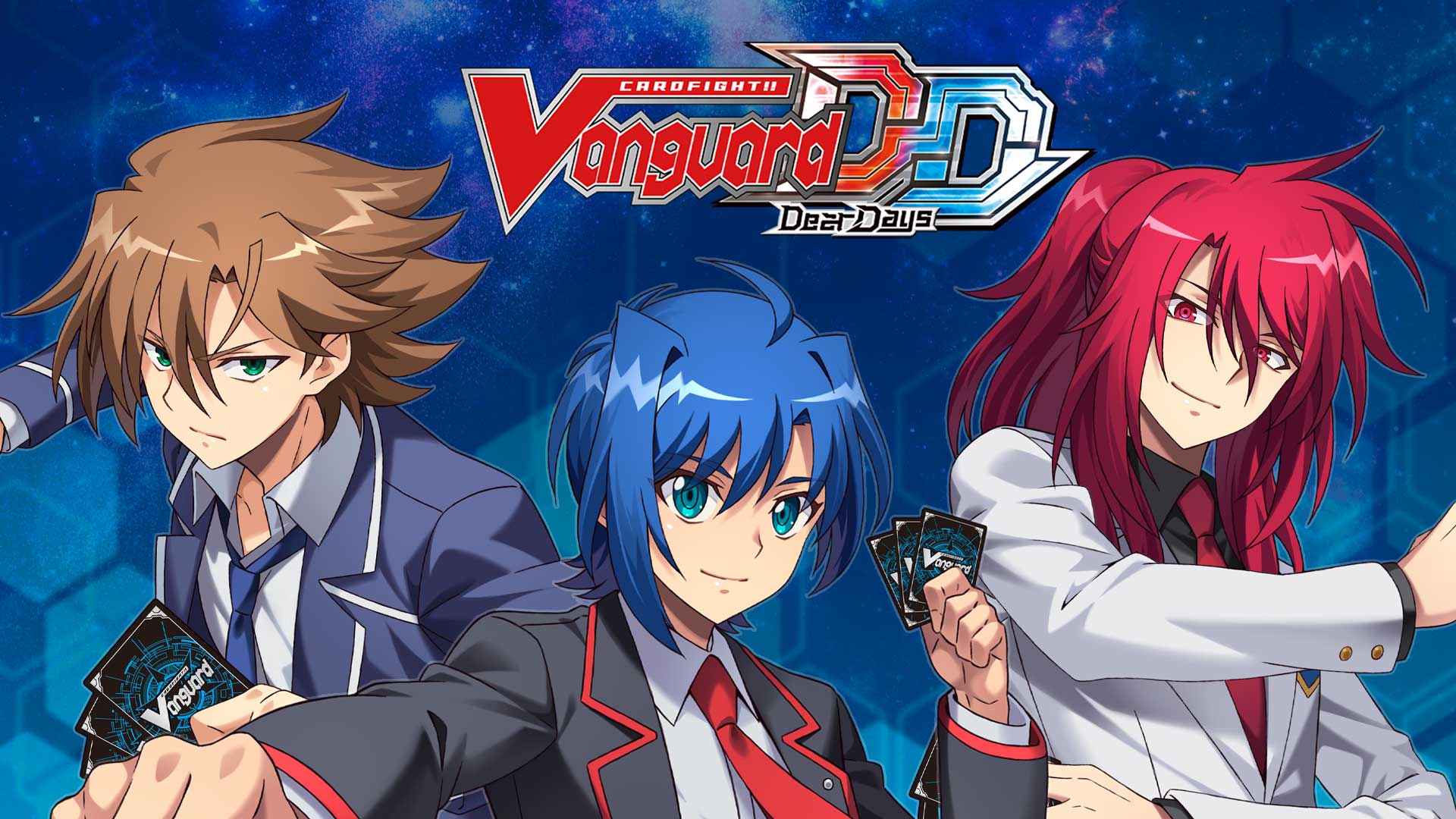 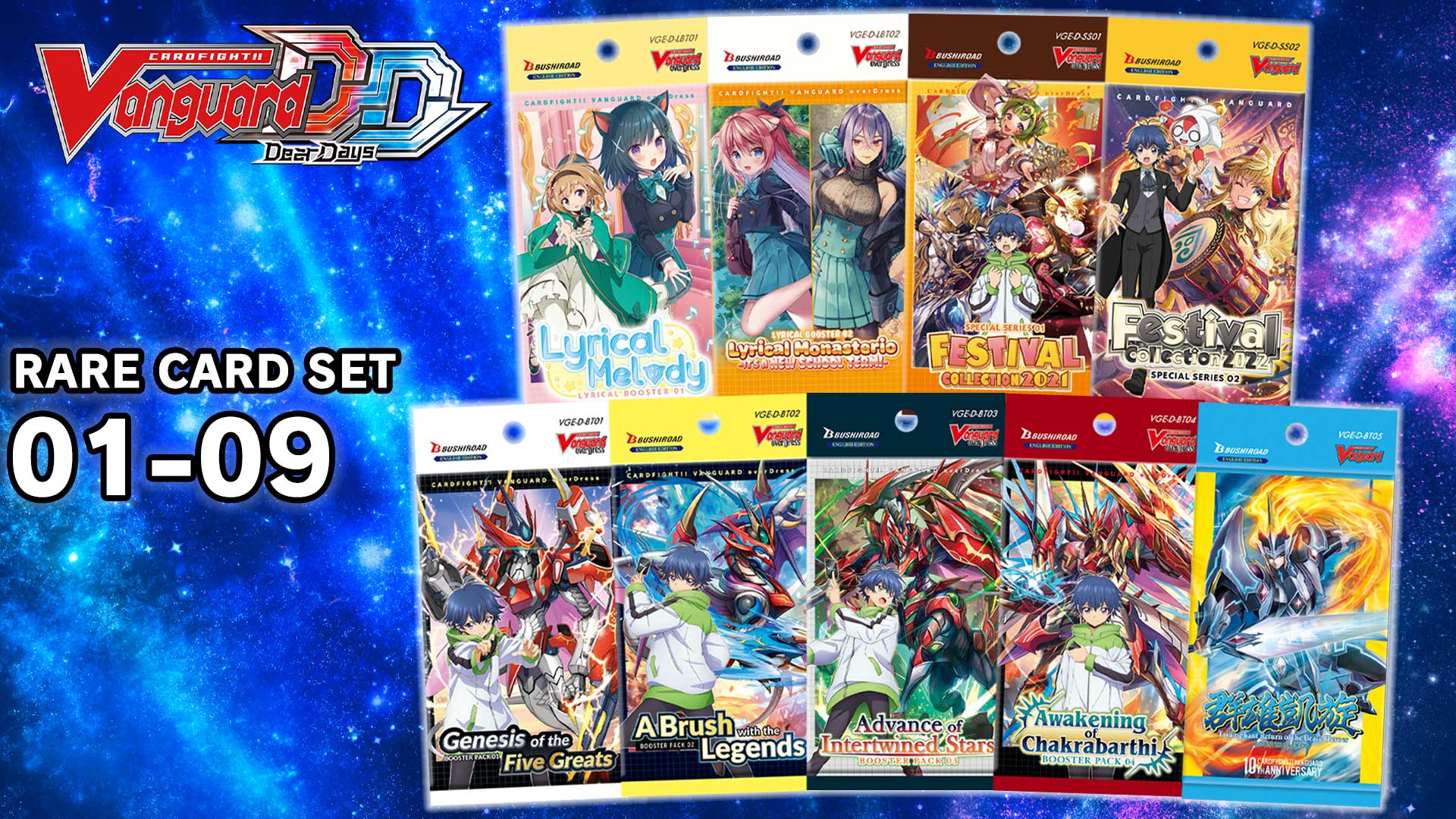 ▲Character Sleeve Set
Each “Sleeve Set” features character motif sleeves from the story of the game.

Yuki Ichidoji (CV. Yuka Nishio) is a strong-willed and honest girl who excels in both academics and athletics. One day, after tailing Rasen Ichidoji (CV. Marina Inoue), her polar-opposite mild-mannered brother, she stumbles upon him secretly enjoying Vanguard…

Soon, Yuki finds herself drawn into the world of Vanguard.
In hopes of reviving the legendary team Setsugetsuka that was founded by Gosetsu Katsushika (CV. Taiten Kusunoki), she faces off against fighters from formidable teams!

In the midst of it all, she receives a fight invitation from Kanji Meguro (CV. Show Hayami), president of the national card shop chain Berserk…

“Cardfight!! Vanguard” is a TCG developed by Bushiroad. The related ongoing TV
animation series began to air in January 2011. With the TCG and animation at its core,
comics, movies, stage plays, events, collaborations with other projects, and more, have been developed as part of a large mixed media project.
After only 1 year from the TCG release in March 2011, it became the 3rd best selling TCG on the market and due to the popularity of the mixed media project as a whole, has sold over 2 billion cards. With English, Thai, Italian, and other languages supported, it continues to grow, being sold in 61 countries and regions worldwide.