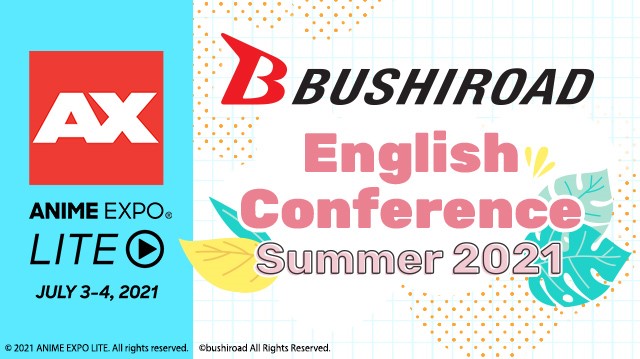 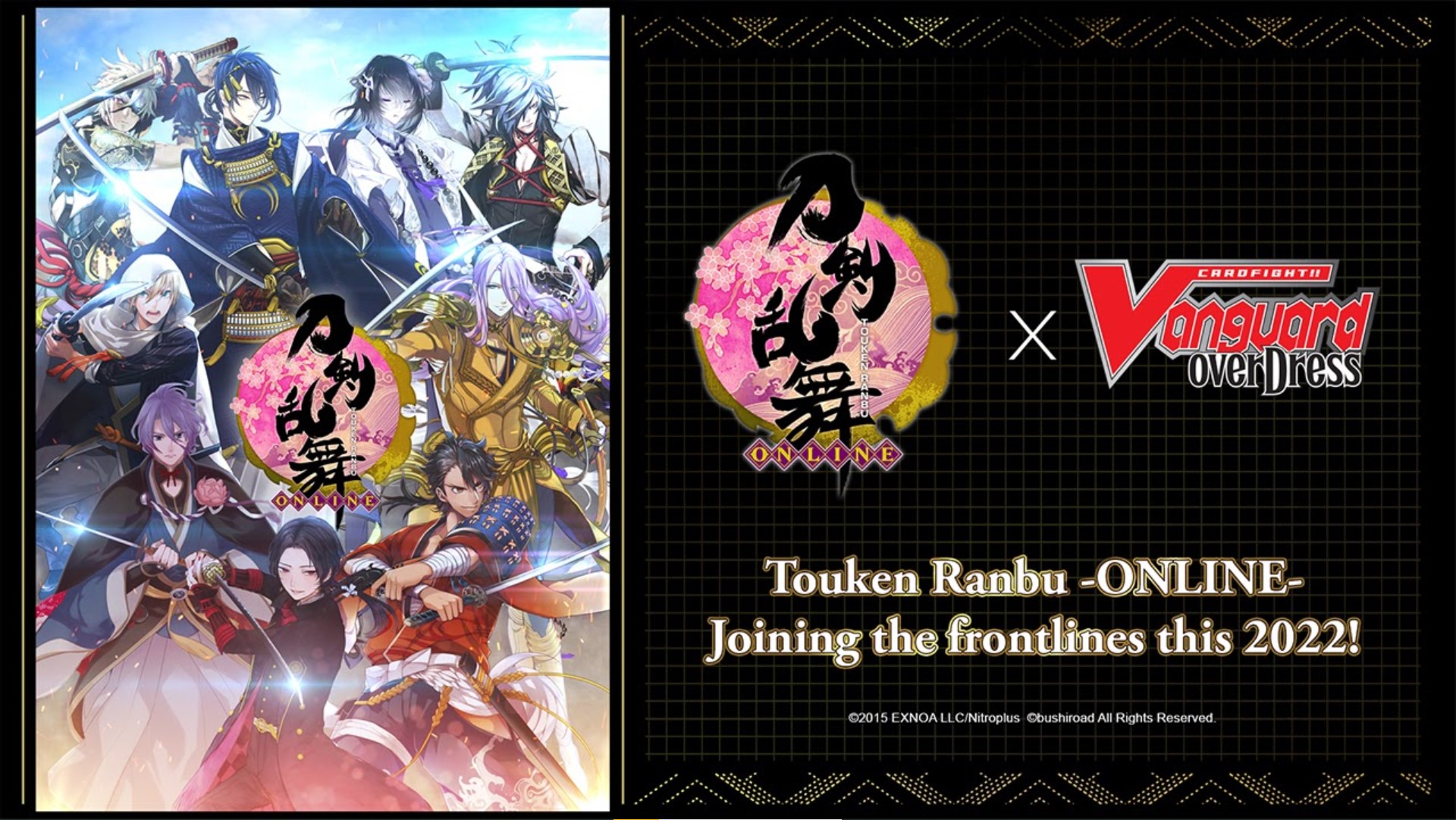 In Touken Ranbu –Online-, the player takes on the role of a sage who can call forth “touken danshi”, legendary swords given human form. Collaboration sets for this popular browser game were released in Cardfight!! Vanguard in 2015 and 2017 previously.

The release schedule for upcoming Cardfight!! Vanguard products is as follows: 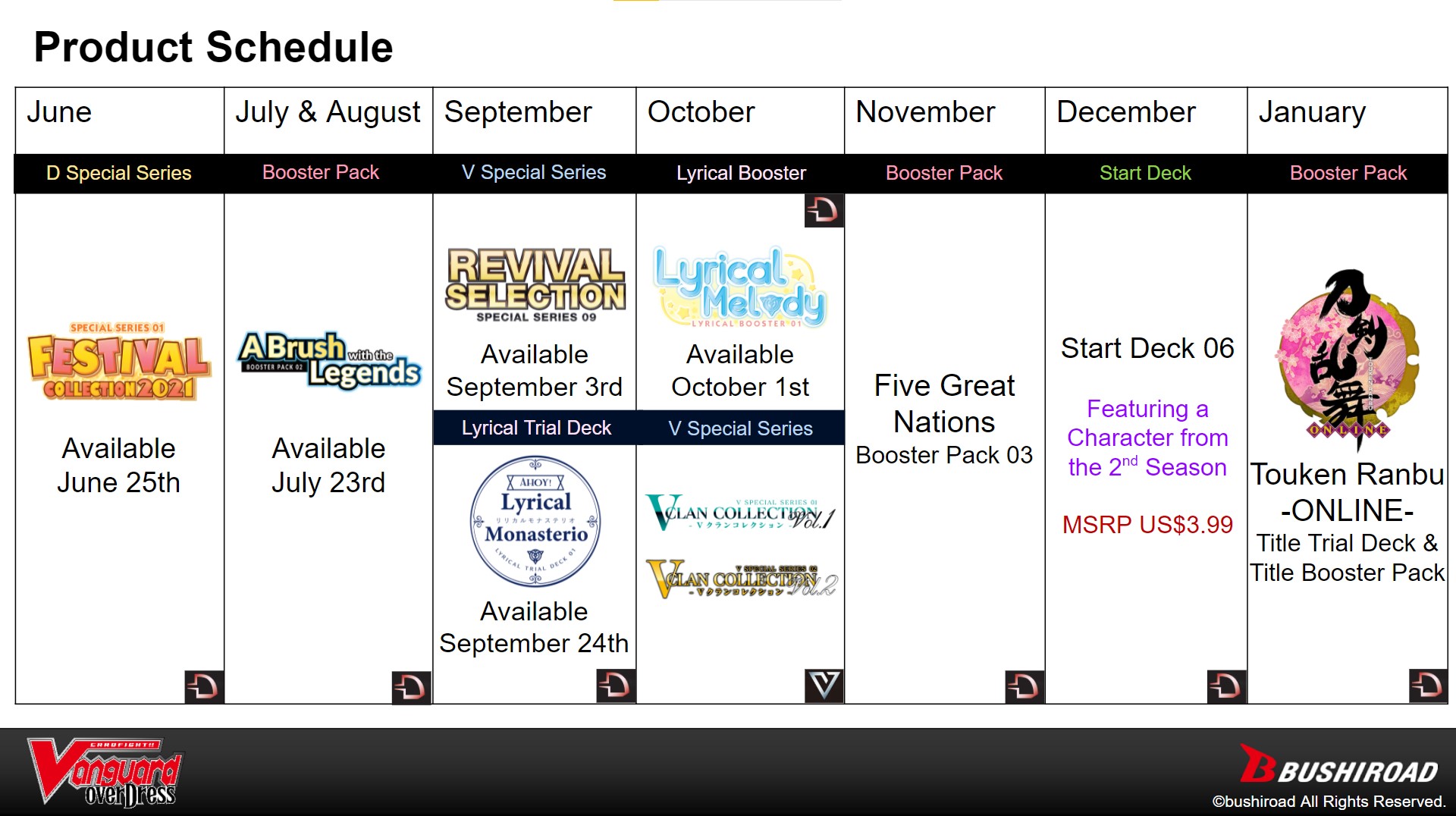 Weiß Schwarz
Joining the Weiß Schwarz line-up is the hit anime-influenced American web series RWBY. This fantasy series follows the exploits of Ruby, Weiss, Blake, and Yang training to be Huntresses to defend their world from evil.

This title will be released under the Weiß Schwarz English Edition Original banner, which features new titles that resonate with western audience in the international market. More information on this release will be revealed in the near future.

The following highly anticipated titles will be localized from the Japanese Edition to the English Edition of Weiß Schwarz.

Hololive Production, or simply “hololive”, is a real-world virtual idol agency comprised of virtual YouTubers, or VTubers for short. Under the hololive banner, these VTubers have achieved more than 40 million subscribers on YouTube.

7 Trial Deck+ & a Booster Pack will be released for this title. 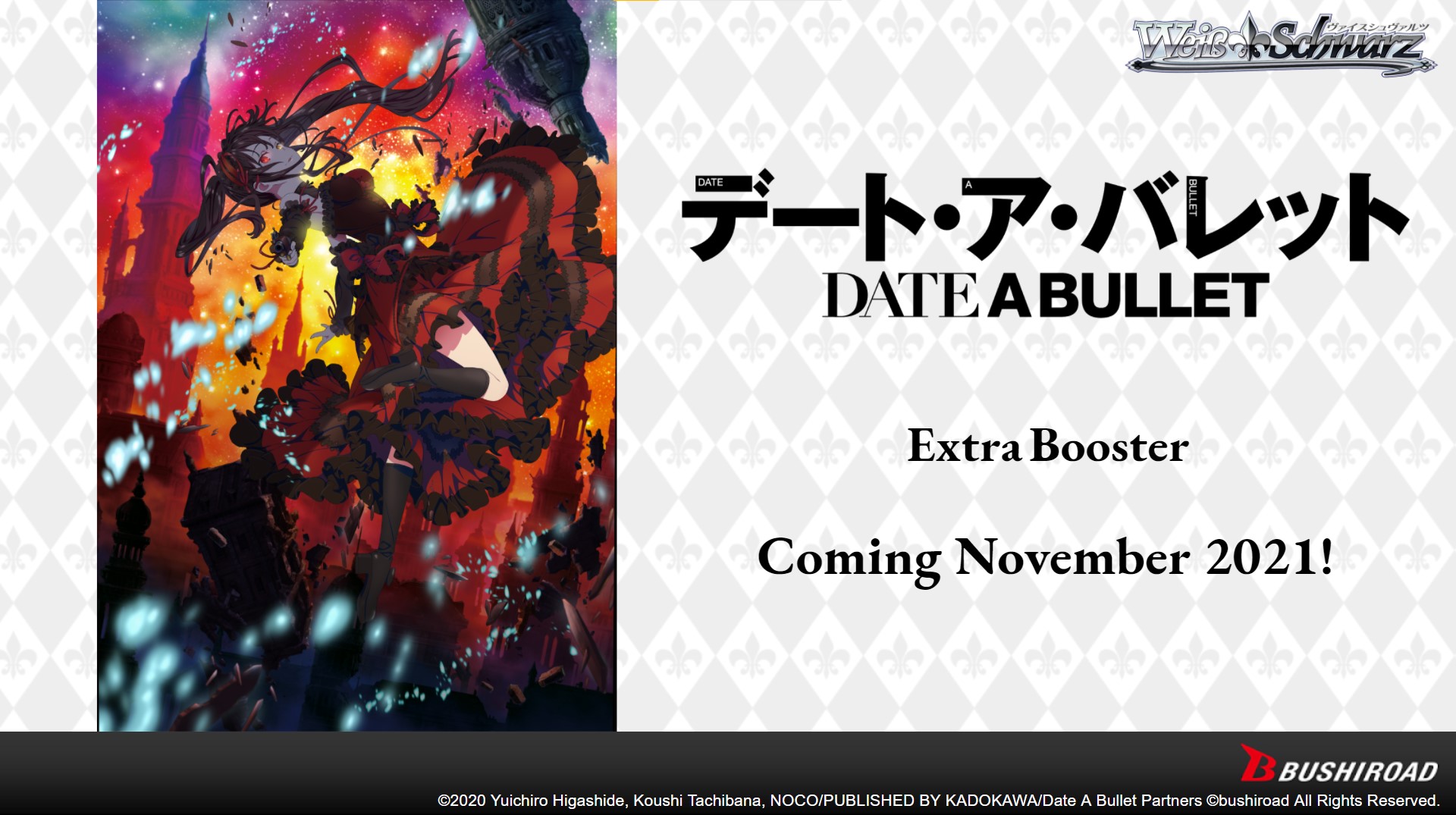 An Extra Booster contains a more focused line-up of cards compared to Booster Packs, but can similarly be used to upgrade existing decks, and build new ones. 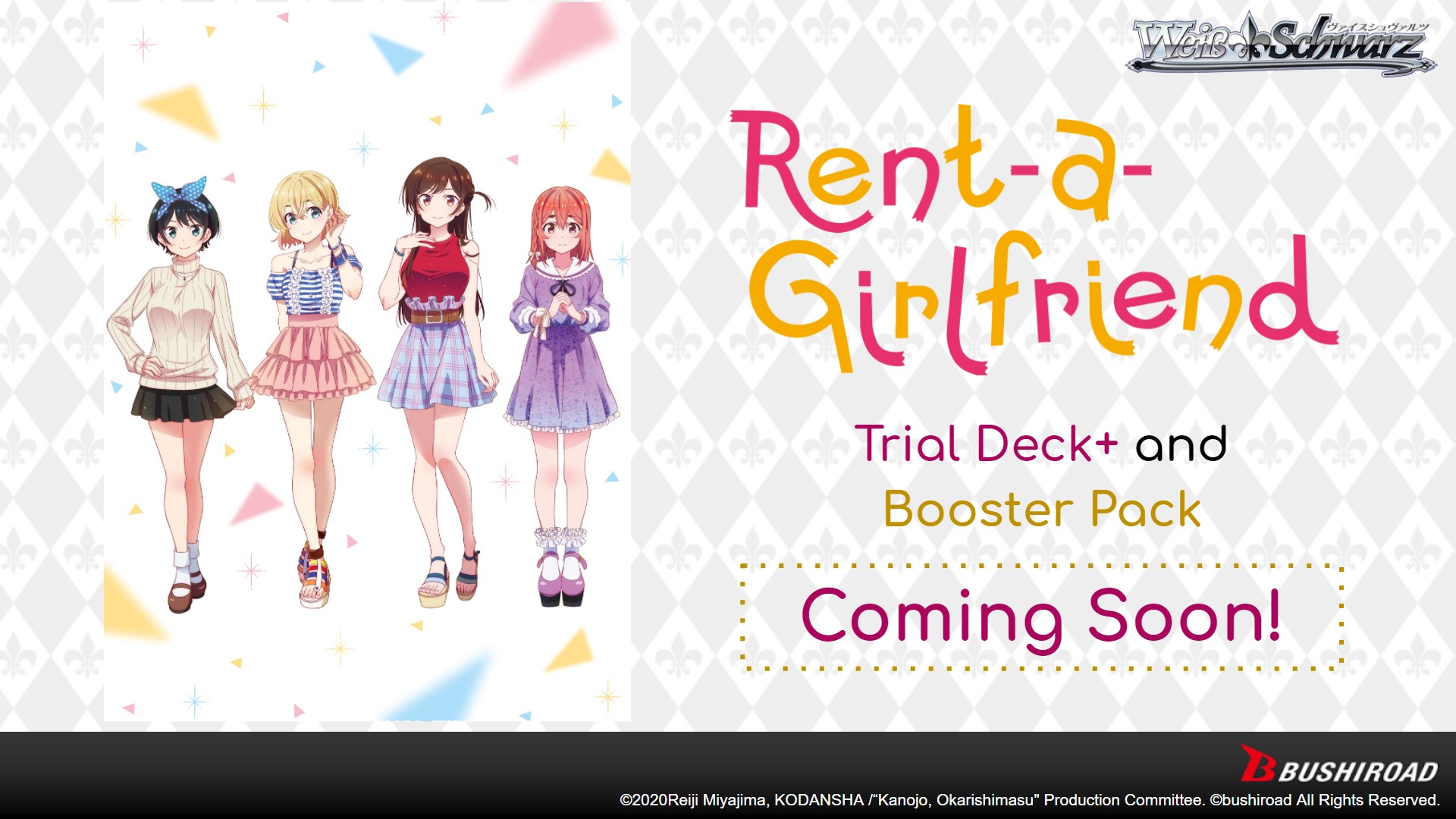 Rent-a-Girlfriend tells the story of college student Kazuya Kinoshita, who decides to use a rent-a-girlfriend dating app service after a difficult breakup and meets Chizuru Mizuhara, with whom he becomes increasingly entangled with.

A Trial Deck+ and Booster Pack will be released for this title. 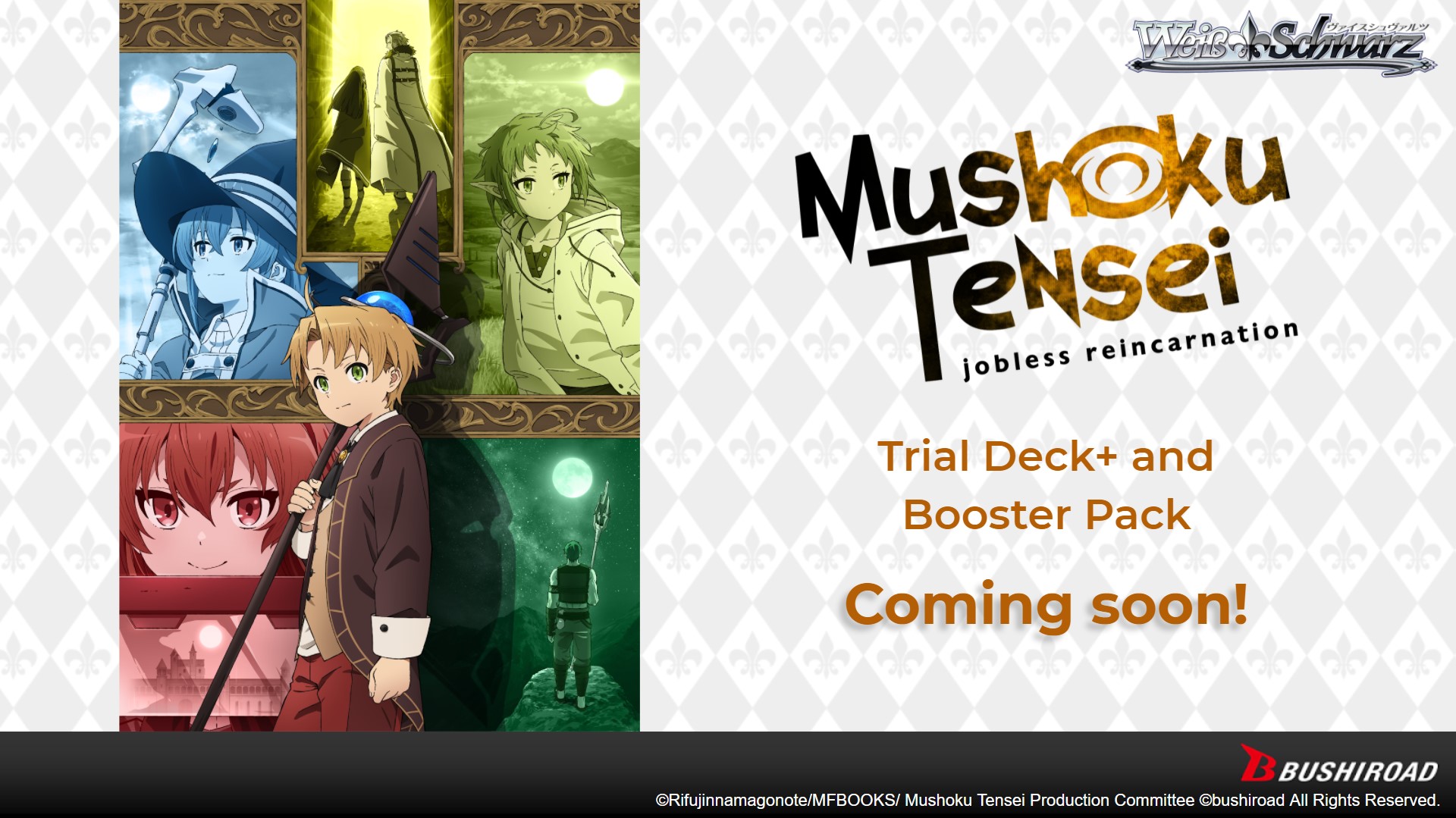 Mushoku Tensei covers the exploits of Rudeus Greyrat, an unnamed 34 year-old NEET who is reincarnated into a world of sword and sorcery. When he realizes this, he resolves to become successful in this new life and world.

A Trial Deck+ & Booster Pack will be released for this title.

The release schedule for upcoming Weiß Schwarz products is as follows: 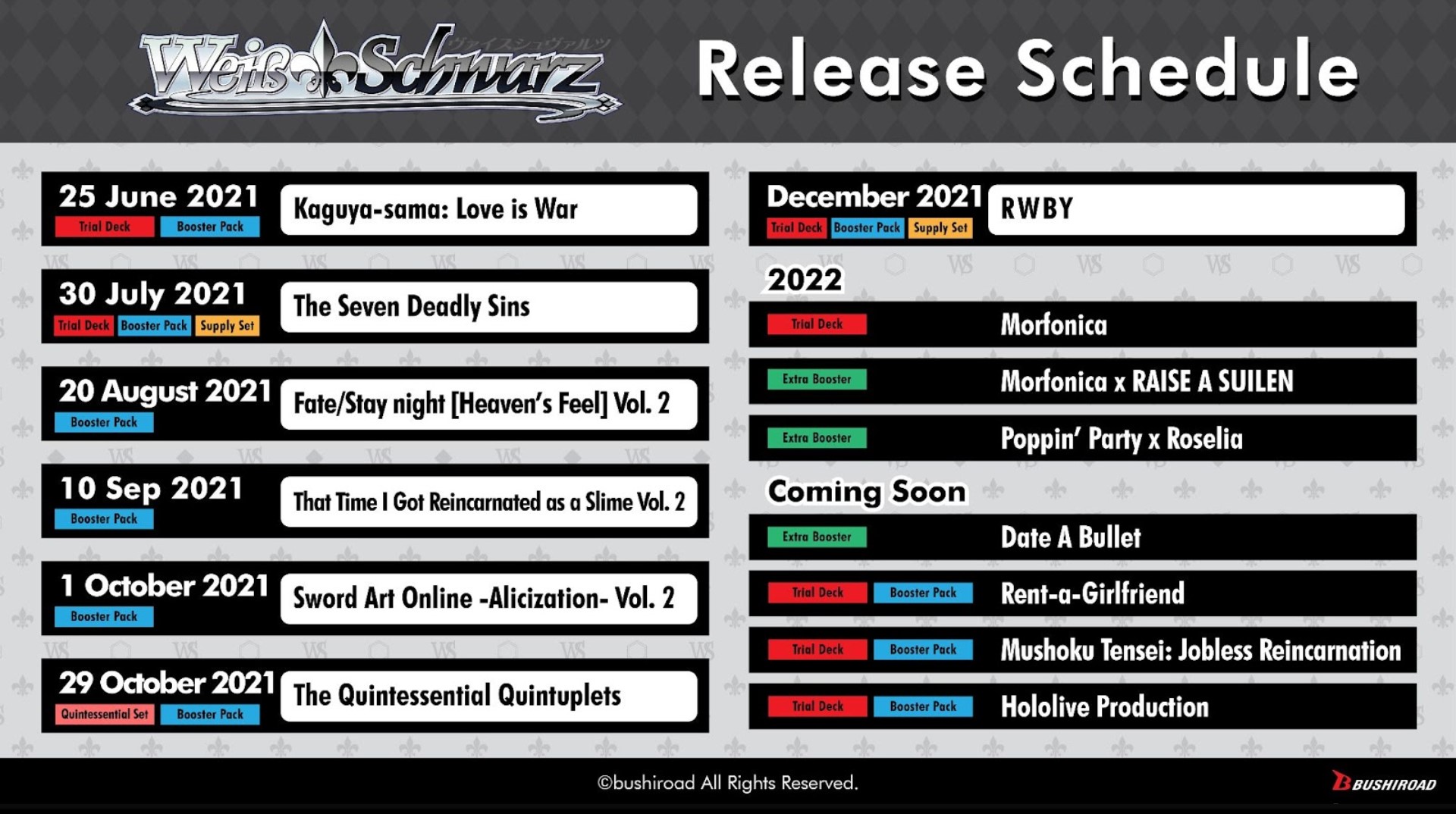 Weiß Schwarz allows players to relive their favorite animations and games through an exciting, fast-paced card game. Popular titles such as Date a Live, That Time I Got Reincarnated as a Slime, and Re:ZERO -Starting Life in Another World- have graced the game, along with many others.

Events
From end May to early June, the Bushiroad Spring Fest Online 2021 event was held.

As large-scale in-person TCG events can no longer be held due to the COVID-19 pandemic, this online tournament served to scratch the competitive itch of the global player base. More than 500 participants joined the tournament, which was held over 3 weekends across 3 regions (North America/Latin America, Europe, and Asia-Oceania) and featured all of Bushiroad’s TCG games and formats.

Following its successful conclusion, Bushiroad announces the Bushiroad Rumble Online 2021, another online tournament event that will be held over 4 weekends in December 2021 and January 2022. In order to allow more players to participate, tournaments for each game and format will be held on separate weekends across the 3 regions, and will feature higher player capacity.

More information on this event will be released in the near future.

A copy of the press release can be found here.